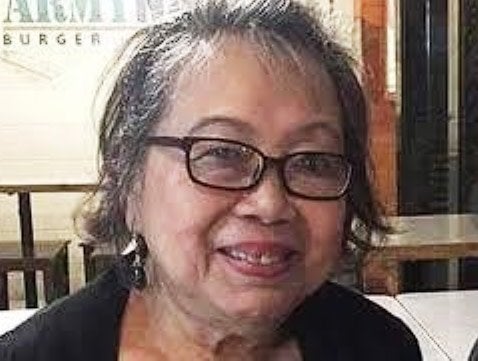 LONDON – Members of the family of a 78-year-old Filipina grandmother who died in the tragic Grenfell Tower blaze spoke about their pain after identifying her as a victim nearly four months after the fatal fire.

Ligaya Moore moved from the Philippines to London in 1974 and married a British man by the name of Jim Moore, who passed away several years prior.

She had been living on the 21st floor of Grenfell Tower when it became engulfed in flames on June 14.

On October 3, the Metropolitan Police released a heartfelt statement on behalf of Ligaya’s family, which describes the grief and loss suffered since identifying their relative: “Forty-three years ago, Aunt Ligaya, DITE, as we fondly called her, lived her dream – to live and work in London.”

“She endured being away with family – not able to attend her mother’s funeral – but in exchange of all the loneliness and homesickness, she met the love of her life, Jim Moore, a British national, had a new family, acquired new friends, and built a new life in London.”

“But the dream turned into nightmare on that fateful night of June 14, when the Grenfell Tower was consumed in flames. At this time, she was already living by herself in this building, as her husband has passed away several years back.”

“The jolly, bubbly person, the lady who loves to dance and who laughed her heart out, succumbed to a fire which turned her laughter into silence. And after four months of waiting, the news of her identification came. And even if my family prepared for the worst, the pain is as painful as the first time we heard that Ligaya was one of the missing.”

“But in those four months of waiting for an identification, our family was able to endure the pain because of all the people who were there to assist and help us in that agonizing time — our London family.

Ligaya’s best friend, Nenita Bunggay, paid further tribute: “Ligaya was a jolly and energetic person, she was like my Mother and was my best friend. We always spent our time together and she will be greatly missed.”

The family shared a prayer, and closed the statement by thanking the Metropolitan Police Service for their comfort and support as they “endured the pain” of waiting to identify Ligaya’s remains, as well as the Coroner’s team, the Philippine Embassy in London, and various family friends.

Police currently believe the death toll will be about 80 people. So far, 69 victims have been named.