PH, US to ramp up joint military activities for 2018 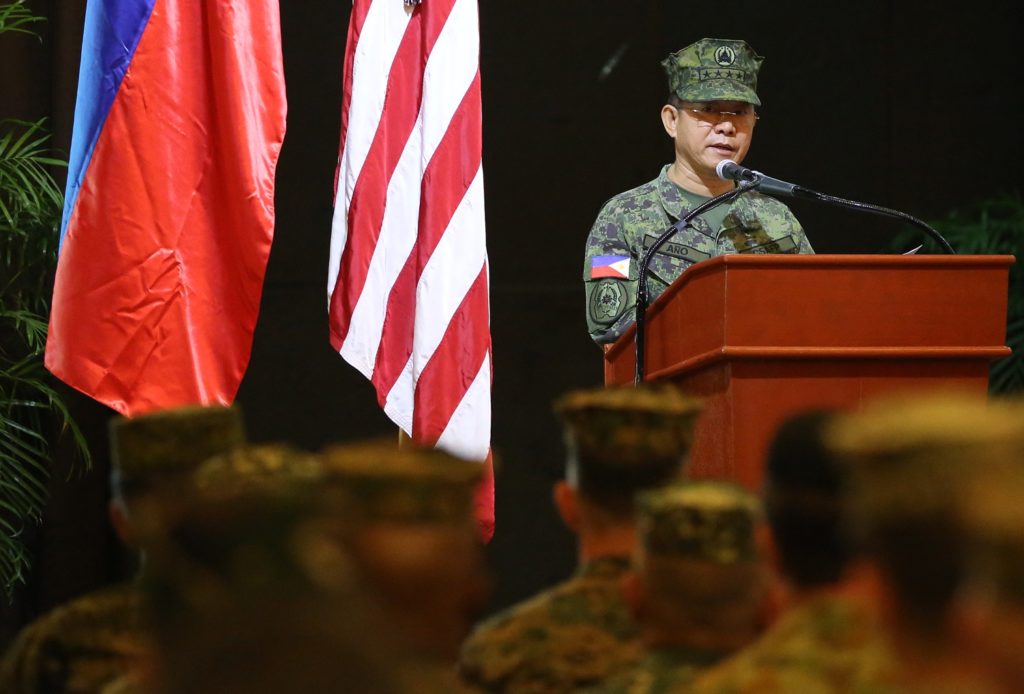 Armed Forces of the Philippines Chief of Staff General Eduardo Año speaks during at the closing ceremony of the 2017 Balikatan military exercise held in Camp Aguinaldo in Quezon City, May 19, 2017. INQUIRER FILE PHOTO / NIÑO JESUS ORBETA

After scaling down this year, the Philippines and United States will have increased joint military activities for 2018.

Armed Forces chief of staff Gen. Eduardo Año said a total of 261 activities composed of exchanges and exercises were agreed upon by the two counties to be conducted next year.

Año was in the United States last week for the Mutual Defense Board – Security Engagement Board meeting with US military officials.

Joint activities were scaled back this year as President Rodrigo Duterte repeatedly threatened to cut the ties with the United States.

The President often criticized the US for supposedly meddling with domestic affairs of the Philippines.

Naval exercises such as CARAT, or cooperation afloat readiness and training, and PHIBLEX, amphibious landing exercises, were scrapped. But the Balikatan, biggest war games of the two countries, continued but focused less on combat.

The AFP chief said the President had no specific order on the joint military activities with the US for next year.

“Ang sabi lang niya is to continue engagement with the United States. They are still our number one ally and kung ano ‘yung provision ng treaty, carry out,” he said.

The joint activities include exercises on territorial defense, humanitarian assistance and disaster response, and counterterrorism.

Duterte recently said he was on friendlier terms with the US, saying they have “redeemed themselves a lot.” /je