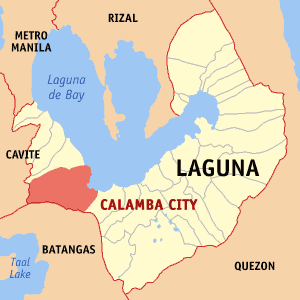 SAN PEDRO CITY — A Chinese call center executive was rescued by the police from his alleged abductors in Calamba City in Laguna province late night Saturday.

Jackie Ong, head of the finance department of the DF Call Communications Inc. based in Bel-Air, Makati City, was intercepted by police at a checkpoint at about 10 p.m. He was handcuffed and bound inside a car.

Police were alerted after residents of Barangay Makiling reported a Toyota Innova driving around the village.

“He was walking on the street when the suspects grabbed and forced him into their vehicle,” Celedio said in a phone interview Sunday.

Celedio said the suspects took Ong to Laguna and drove around Calamba City “while negotiating (with his family) for ransom.” He, however, did not say the amount that suspects demanded.

He said Ong had a head injury from being hit with a gun by one of his captors.

Celedio said the victim spoke little English while the suspects spoke only Fukien. But based on what the police could make out, Celedio said the kidnapping “apparently has something to do with the victim’s debt due to gambling.”

“That’s just what we are initially looking at but the investigation continues,” he added. /cbb

ADVERTISEMENT
Read Next
Cayetano to UN: Rapporteur is biased; send someone else
LATEST STORIES
DAY6 is for everybody
Mos Burger to open in Manila; teases with a pop-up
In ‘Jojo Rabbit,’ Comedy and Drama Collide
How to help the Taal evacuees
Margot Robbie talks about filming ‘Bombshell’s’ disturbing sexual harassment scene
MOST READ
OSG plea to revoke ABS-CBN franchise ‘a duplicitous move’ – Lacson
It’s too early to present Duterte’s ‘legacy’ – Lacson
Jake says relationship with Shaina ‘goes beyond physical attraction’
Mum on bashers, CCP says Imelda Marcos dinner raised Taal funds
Don't miss out on the latest news and information.

DAY6 is for everybody

Mos Burger to open in Manila; teases with a pop-up

How to help the Taal evacuees