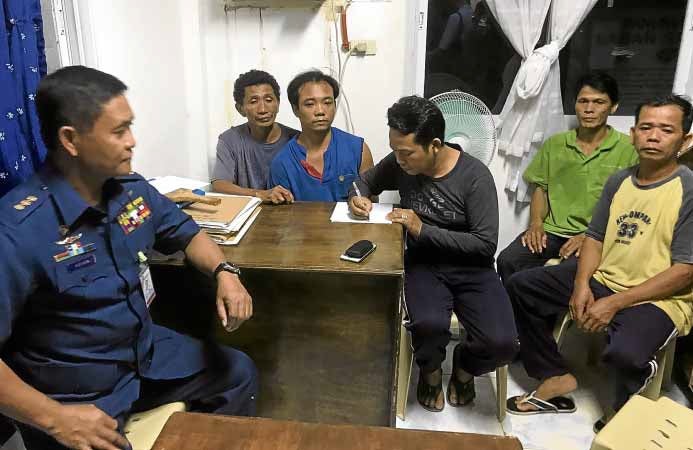 The Philippines has assured Vietnam of a “fair and thorough” investigation into the deaths of two of its fishermen during a chase in Philippine waters on Saturday, during which a Philippine Navy ship fired warning shots.

Foreign Secretary Alan Peter Cayetano informed his Vietnamese counterpart, Pham Binh Minh, of the deadly encounter that occurred early Saturday off Bolinao in Pangasinan province during a meeting at the United Nations in New York on Sunday.

Five others in custody

“We would like to offer our sympathies over the unfortunate loss of life and give you our assurance that we will conduct a fair and thorough investigation into the matter,” a statement issued by the Department of Foreign Affairs (DFA) in Manila on Monday quoted Cayetano as telling Minh, who also serves as Vietnam’s deputy prime minister.

Cayetano also assured Minh that the five other Vietnamese fishermen who were taken into custody by Philippine authorities would be treated well and could be seen anytime by Vietnamese officials.

The Armed Forces of the Philippines also gave assurance on Monday that its sailors would cooperate in the investigation.

“The Philippine Navy is making its personnel available on call for the inquiry to shed light on the incident. We have submitted the incident report to the Department of Foreign Affairs, [which] will also be furnished updates and results of the investigation,” Marine Col. Edgard Arevalo, chief of the military’s public affairs office, said in a statement.

“The incident led to the death of two Vietnamese nationals and the Department of Foreign Affairs is closely coordinating with the officials of the Vietnamese Embassy in Manila to update them on the developments and to facilitate their access to the five other Vietnamese fishermen taken into custody by the Philippine Navy,” presidential spokesperson Ernesto Abella said in a statement he read at a press briefing.

The Navy ship gave chase when the fishing boats tried to escape, and fired “warning shots” when one of the boats rammed the Navy vessel.

“In the ensuing chase, one of the Vietnamese boats initiated very dangerous maneuvers that resulted in its slamming into the left front and left center of the Philippine patrol vessel,” the DFA said.

“This prompted personnel on board the Navy vessel to fire warning shots and when the Navy personnel boarded the fishing vessel, they found two dead Vietnamese fishermen. Five others surrendered and were taken into custody,” it said.

A Philippine security official told The Associated Press (AP) on Sunday that the incident unfolded closer to the Philippine coast and was not related to the main territorial disputes farther out in the South China Sea.

The official spoke on condition of anonymity because the DFA was the one authorized to speak on the issue.

Still, the deadly incident underscores the danger that lurks due to overlapping territorial claims in a region where competition is heavy for fish, oil, gas and other maritime resources.

In 2013, Philippine Coast Guard personnel opened fire and killed a Taiwanese fisherman on board a boat that sailed in waters between northern Philippines and Taiwan, sparking protests in Taiwan. 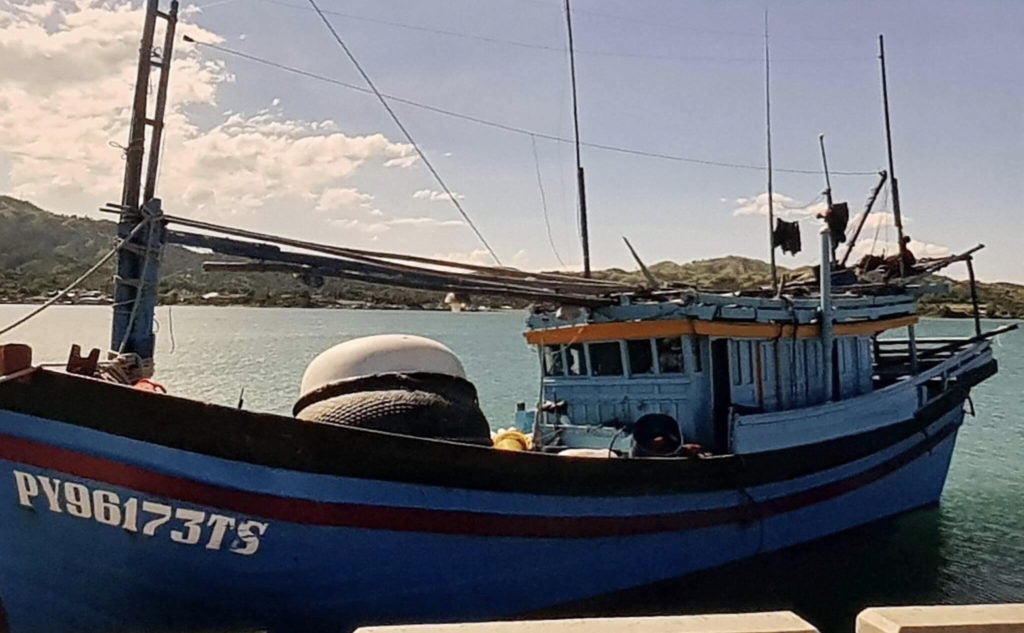 Taiwan imposed sanctions on the Philippines before the row was diplomatically resolved.

The security official told AP that the Vietnamese vessels were using powerful lights to attract fish off Bolinao.

The use of lights for that purpose is prohibited under Philippine law.

The Philippine Navy personnel “followed the rules of engagement, including identification protocol and use of radio and public address system,” the official said, adding that the Vietnamese fishing boat was towed to Pangasinan afterward.

The Pangasinan provincial committee on illegal entrants (PCIE) opened an investigation into the incident on Monday, with the probers trying to determine whether the Philippine Navy vessel was justified in firing at the Vietnamese fishing boat.

The bodies had bullet wounds, the report said.

The bodies of Liem and Reo, both 41, were found on the boat’s deck.

They will be charged with poaching, as they were within Philippine waters, said Lt. Jose Covarrubias, spokesperson for the regional military command.

In a text message on Sunday, Senior Supt. Ronald Oliver Lee said six bullet holes were found on the bow, port side, and stern of the Vietnamese fishing boat.

“We cannot pinpoint yet who among them (Navy sailors) fired their guns at the Vietnamese boat. As per report from the Navy, they fired the shots,” Lee said.

He said the 49 personnel of the Navy ship, which he identified as the BRP Miguel Malvar, surrendered 10 M16s and two 50-caliber guns, which had been put through ballistic tests.

Lee said the ship’s commanding officer had been administratively relieved.

A PCIE member, who spoke on condition of anonymity, said initial investigation found that the Vietnamese fishing boat was anchored when the Navy ship spotted it.

As the Navy ship’s spotlight shone on the fishing boat, the Vietnamese captain cut anchor and sped toward Vietnam, probably thinking they were under pirate attack, the source said.

The source said the two Vietnamese fishermen were hit by bullets that pierced the boat’s side. —With reports from Christine O. Avendaño, Gabriel Cardinoza, and Inquirer wires