US ambassador did not defend Duterte – US Embassy 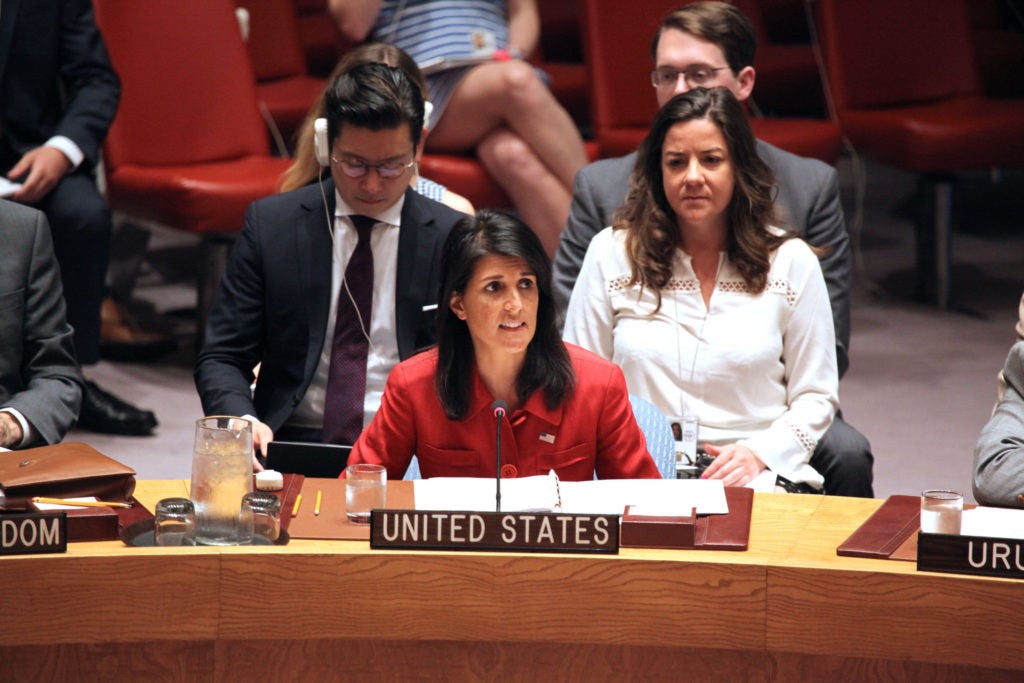 Ambassador Haley delivers remarks at an emergency UN Security Council meeting on nonproliferation in the Democratic People’s Republic of Korea, July 5, 2017. PHOTO COURTESY OF US MISSION TO THE UN

The Embassy of the United States in Manila on Sunday refuted reports claiming that US Ambassador to the United Nations (UN) Nikki Haley defended President Rodrigo Duterte and his policies before the UN General Assembly.

Press attaché Molly Koscina told INQUIRER.net that Haley did not make the statement as reported by fake news websites and a broadsheet.

“Transcripts of Ambassador Haley’s remarks are publicly available on the website of the US Mission to the United Nations,” Koscina said in an email. “I refer you the transcripts which confirm that she did not make the statements recently reported in Philippine media.”

Manila Times columnist Yen Makabenta, in his column on September 23 titled “Superstar speaks: Give Duterte space to run the Philippines,” praised Haley as a “superstar” for “placing her voice squarely on the side of President Duterte and the Philippines.”

Makabenta quoted Haley: “The Philippines is suffocating. We must give President Duterte the space to run his nation. We must respect their independence … It is not in our purview to decide administrative issues for the Philippines… That is the job of the president.”

The problem was that the ambassador did not make such statement. 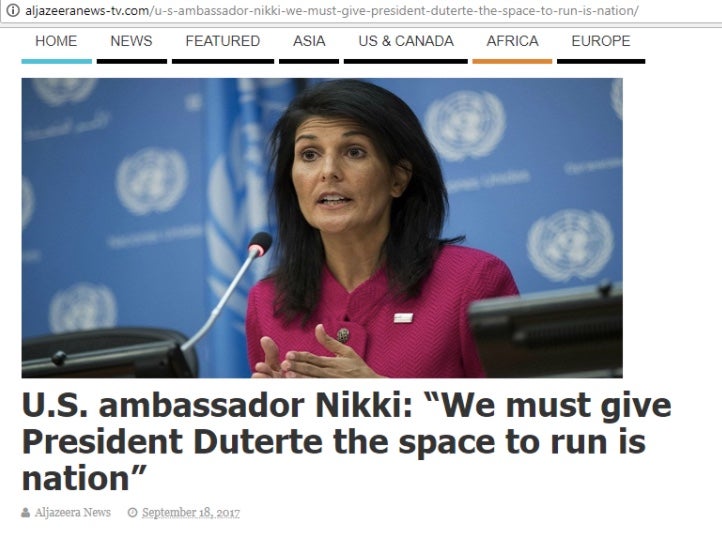 The columnist apparently fell for a viral article published by a fake news site “aljazreeranews-tv.com” that manufactured Haley’s statement. It was instantly picked up by pro-Duterte blogs on social media.

The crossover of the manufactured quotation from fake news websites to legitimate news outlet further spread the disinformation as more people shared the Manila Times article.

As of this writing, the opinion piece, which was also published in the printed version of the Manila Times, on the upper fold of page one, can still be accessed in the daily’s website as is, without correction or note from its editor.