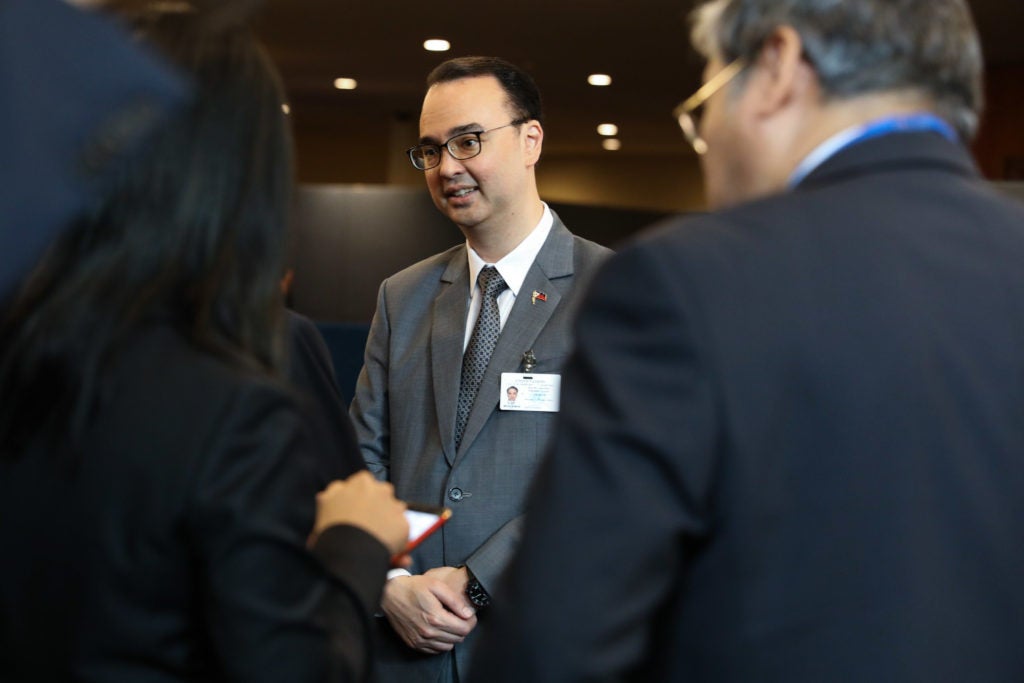 Karapatan secretary general Tinay Palabay said on Saturday the Philippine government delegation to Geneva “conveniently glosses over” the fact that it did not accept a number recommendation that aimed to resolve pressing issues on human rights.

These include 44 recommendations relating to extrajudicial killings, 23 calling for the government to discontinue efforts to revive death penalty, and 13 recommendations aimed at protecting and creating an enabling environment for human-rights defenders and journalists.

“These are key recommendations that need urgent attention, and yet are furtively brushed off by the Duterte administration,” Palabay said in a statement.

“The final adoption of our UPR Report during the 36th Regular Session of the Human Rights Council in Geneva demonstrates that the Philippines has nothing to hide with its human rights record,” Cayetano said.

However, in its September 19 response to the UNHRC’s recommendations in the third cycle of the Philippines’ UPR last May, the Philippine government maintained that the extrajudicial killings allegedly resulting from the administration’s anti-illegal drug campaign were an outcome of legitimate police operations.

“These are deaths arising from legitimate law enforcement operations or deaths that require further investigation following the established rules of engagement by the country’s law enforcers,” the report said.

It also pointed out that the administration cannot influence the Congress’ deliberations on the reimposition of death penalty and the lowering of criminal liability.

“The State informed that the concerns were subject to further deliberations in the Philippine Congress, which include comprehensive consultations with all stakeholders concerned, the outcome of which the State cannot influence,” the report noted.

Palabay said that Cayetano’s statement was a “a farcical display of fraudulence, overbearance, and outright misrepresentation of the situation.”

“The Duterte regime and its representatives are shameless in using such a platform to promote distorted facts. Interventions by civil society in the UPR were made because colleagues are being killed or are being harassed,” she said.

“This is not indicative of a vibrant democracy, but of a government who incessantly believes in the rightness of its militarist, fascist, and tyrannical ways,” she added.

The UPR is the UNHRC’s principal peer review mechanism in which the member state’s commitment, compliance, and pledges on different issues of human rights are assessed.

On May 8, 2017, 103 state parties forwarded a total of 257 recommendations to the Philippine government, including 34 states raising concerns over the continuing extra-judicial killings in the country, and eight states calling for an end to killings in line with the Duterte administration’s campaign against illegal drugs. /jpv