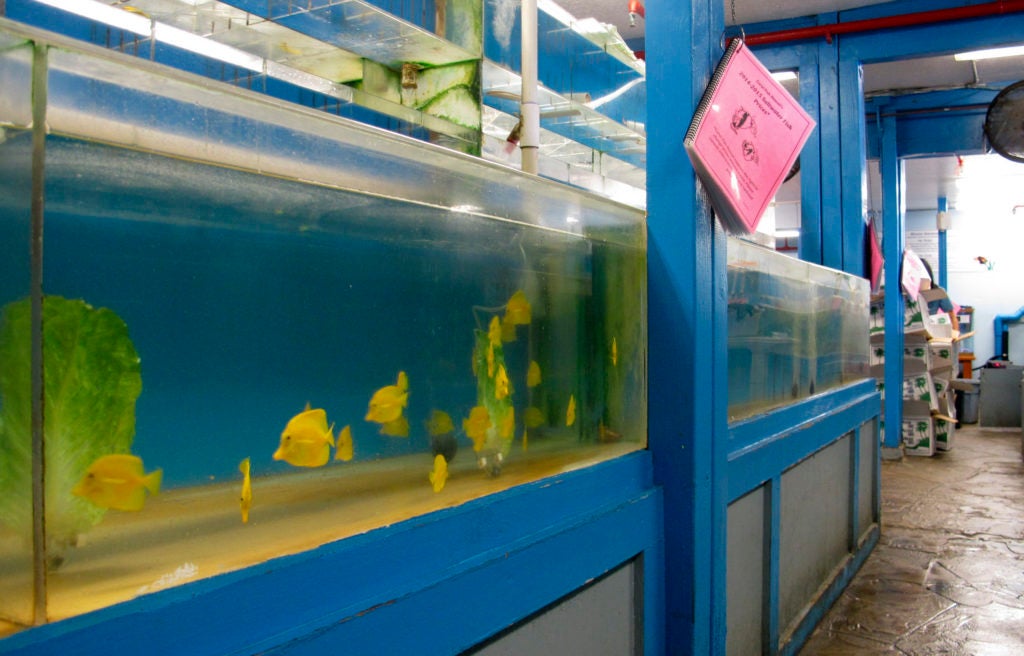 This June 25, 2014, file photo shows yellow tang aquarium fish in a tank at a store in Aiea, Hawaii. A Hawaii Supreme Court ruling on Sept. 6, 2017, is halting the commercial collection of reef fish for aquariums until the state reviews the trade’s environmental impacts. (AP)

HONOLULU — The Hawaii Supreme Court halts on Wednesday the commercial scooping of reef fish for aquariums until the state reviews the trade’s environmental impact.

“It certainly is the biggest step forward in getting a handle on this industry, which has been virtually unregulated,” said Earthjustice attorney Paul Achitoff.

Earthjustice represented the group of plaintiffs whose lawsuit argued there should have been environmental reviews before the state Department of Land and Natural Resources issued the permits.

According to Rene Umberger, an avid diver, who is among a group of plaintiffs including subsistence fishermen and environmentalists who sued the state in 2012, Hawaii is the world’s third largest source of commercial fish, after Indonesia and the Philippines.

In Hawaii, the brightly colored tropical fish are scooped up into nets and flown across the globe into aquariums.

The aquarium fishery off Hawaii’s Big Island is among the best managed in the world, scientists say. Yet, there’s been a long-running conflict over whether it’s appropriate to remove fish from reefs for people’s viewing enjoyment.

“Taking tropical fish from Hawaiian reefs harms that fragile ecosystem,” Miyoko Sakashita, ocean program director for Center for Biological Diversity— one of the plaintiffs — said in a statement. “Maybe now people will begin to realize that people are loving these beautiful fish to death.”

There’s no limit on what kinds of fish are taken and how many permits are issued, Achitoff said.

“You really have this unlimited take of public resources and they’re just taken so that people can make money,” he added.

The ruling reverses lower court decisions that sided with the state.

The ruling also reverses “more than 60 years of previously unchallenged practice by the Department of Land and Natural Resources,” said a statement from Hawaii Attorney General Doug Chin. “We are reviewing the decision to determine what action the state will take in light of the ruling.” KGA