No Filipinos among casualties of ‘Isang’ in HK and Macau–DFA 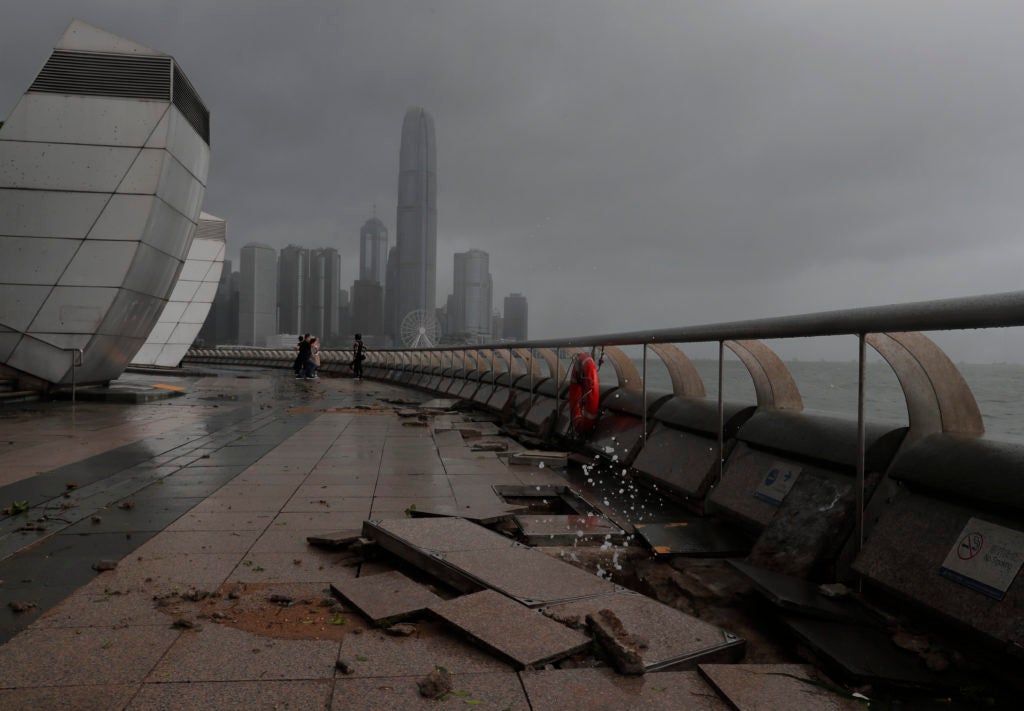 Debris caused by Typhoon Hato damage is strewn across the waterfront of Victoria Habour in Hong Kong, Wednesday, Aug. 23, 2017. A powerful typhoon barreled into Hong Kong on Wednesday, forcing offices and schools to close and leaving flooded streets, shattered windows and hundreds of canceled flights in its wake. (AP Photo/Vincent Yu)

“We are saddened by reports of the destructive effects of Typhoon Hato on Hong Kong and Macau,” Cayetano said in a statement released by the Department of Foreign Affairs (DFA).

Typhoon Isang has been battering Hong Kong, Macau and south China since Wednesday, as it killed at least 10 people, destroyed skyscrapers and flooded streets in the country.

“We send condolences to the families of the (initial) three who lost their life and messages of suport for the injured,” Cayetano added.

Hong Kong Observatory raised its highest alert, storm signal number 10, over the Special Administrative Region, which is the first time since 2012 and only the third time since 1997, DFA said.

“The Consulates General are continuously monitoring the situation and are ready to provide all possible consular assistance to any Filipino who may be affected,” DFA said.