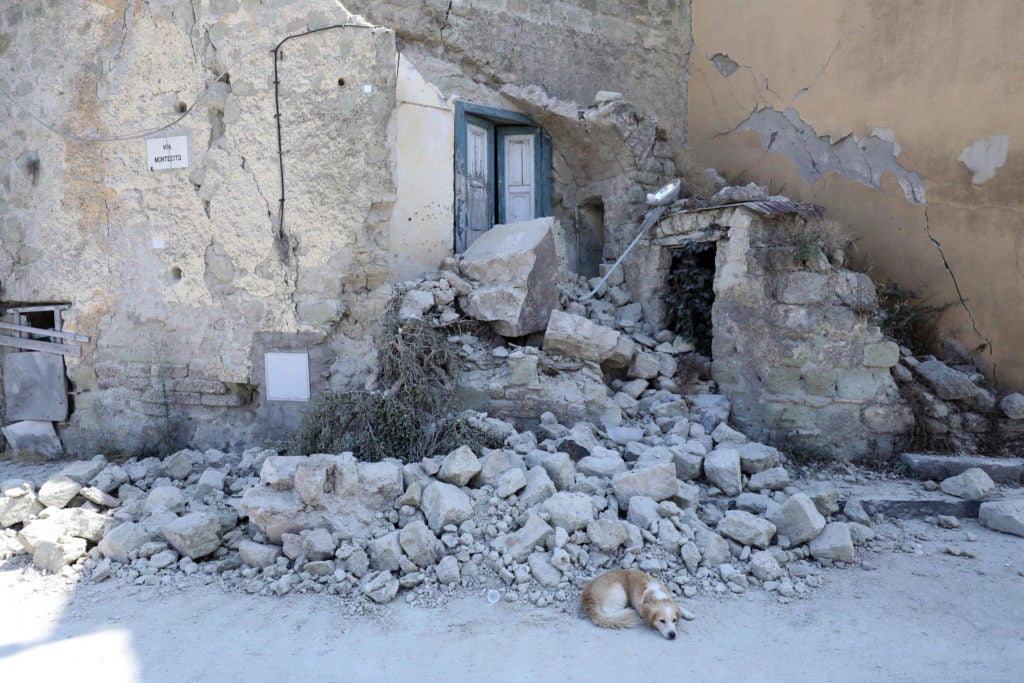 A dog sits next to the rubble of a damaged building a day after a 4.0-magnitude quake hit the resort island of Ischia, near Naples, Italy, Tuesday, Aut. 22, 2017. At least two people were killed in the quake that hit Monday night during the height of the tourist season, also injuring 39 and leaving homeless 2,600 residents. AP

No Filipinos were hurt after a magnitude 4 earthquake rattled a southern Italian island on Monday night, the Department of Foreign Affairs (DFA) reported.

A report from the Philippine Embassy in Rome stated that the quake in the island of Ischia, a popular tourist destination off the Tyrrhenian Sea, left at least two dead and dozens other injured, the DFA said in statement on Tuesday night.

“The Embassy is continuously monitoring the situation in coordination with the Philippine honorary consul in Naples,” Ambassador to Rome Domingo Nolasco said in a report to Foreign Affairs Secretary Alan Peter Cayetano.

Nolasco, the DFA said, assured Cayetano that the Embassy was ready to extend all possible consular assistance to Filipinos who may have been affected by the earthquake.