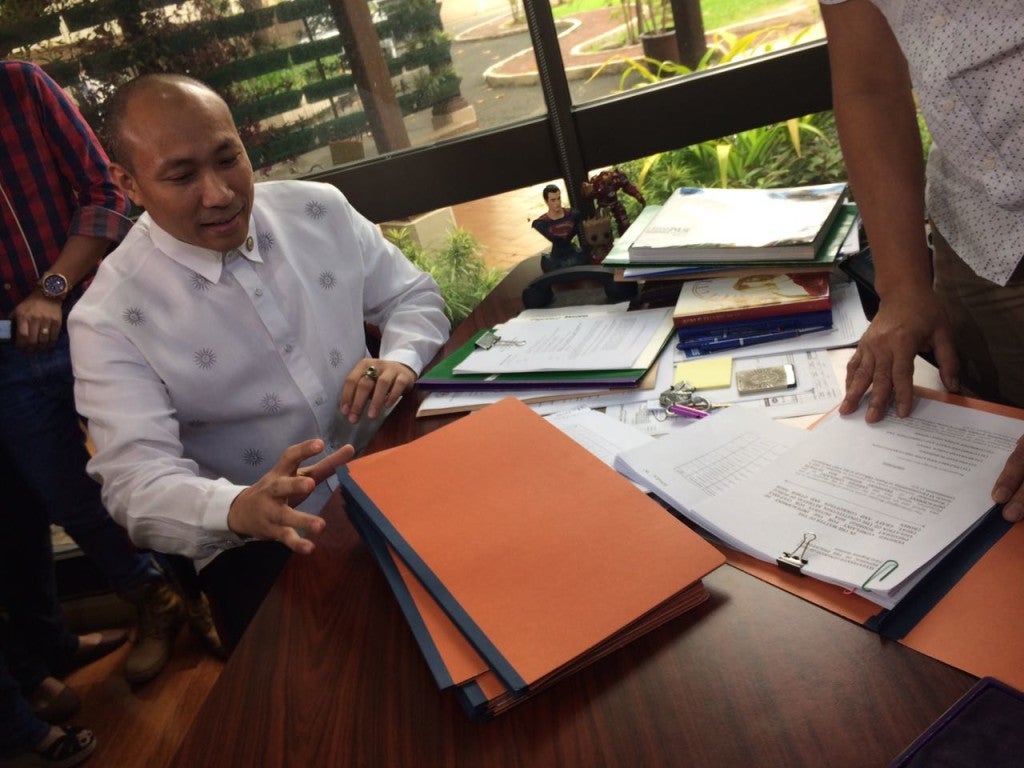 Magdalo Rep. Gary Alejano on Tuesday alleged that a Chinese flag was planted on a sand cay seven nautical miles off Kota Island, an indication that China’s incursions on Philippine waters continue amid warmer relations between the two countries.

Alejano bared this information from a source he won’t identify to protect said source. He said the presence of the Chinese flag was detected by ship, adding that he has yet to verify if the flag continues to be planted there.

He said the flag was detected planted in the sandy cay around the third week of July this year, and that a Chinese vessel was the one which planted the three-meter flag.

“According to the information that I received, a Chinese flag mounted on a steel pipe was discovered planted on a sand cay located seven nautical miles northeast off Kota Island. It was discovered around third week of July 2017. A Chinese vessel allegedly erected the said 3-meter high Chinese flag on a sand cay which is known to be within a Philippine-controlled area,” Alejano said.

Alejano lamented the Department of Foreign Affairs’ silence on these Chinese activities in Philippine waters, which he said only proves that Chinese incursions on the West Philippine Sea continue amid warmer ties between the two countries.

“The continuous activities of China in the disputed waters in the West Philippine Sea are very concerning. These recently reported incidents only reveal that Chinese activities in the West Philippine Sea have not stopped amid warmer relations between the Philippines and China. Furthermore, this contradicts China’s supposed commitment to peace and stability in the area through maintaining the status quo,” Alejano said.

Alejano made the discovery amid Supreme Court Associate Justice Antonio Carpio’s claim China practically invaded Sandy Cay, a sandbar off the coast of Pag-asa island that had permanently risen above the waters, with the presence of Chinese ships guarding Sandy Cay.

Foreign Affairs Secretary Alan Peter Cayetano has denied Carpio’s claim of invasion, adding that the DFA is withholding all facts to avoid hampering talks with China.

“Hindi pwede yung strategy of silence… I think it’s my duty to inform the people. I disagree with the statement of Secretary Cayetano that my statement is some sort of stirring up the people, rather than informing them. I beg to disagree,” Alejano said in the press briefing.

Alejano earlier alleged that Chinese Navy and Coast Guard vessels as well as maritime militia were spotted north of Pag-asa Island, an allegation Cayetano downplayed as an incident that is not a cause for alarm. JE

READ: Alejano hits back at Cayetano: Chinese presence ‘means something’