Immigration to issue visas on arrival to Chinese nationals 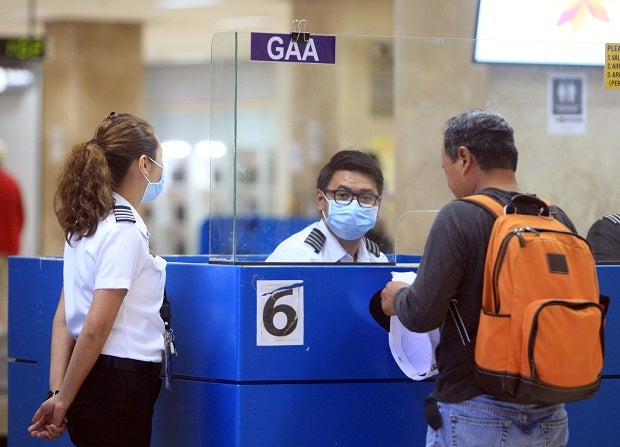 The Bureau of Immigration (BI) has started a new scheme for faster entry and admission of Chinese nationals into the Philippines.

Following the Department Circular 041 issued by Justice Secretary Vitaliano Aguirre II, the BI Commissioner Jaime Morente on Thursday said they will be issuing landed visas or visa upon arrival (VUA) to nationals from the People’s Republic of China (PROC).

Morente said the program is open to Chinese nationals who are members of tour groups organized by tour operators accredited by the tourism department; businessmen endorsed by local and foreign chambers of commerce and other government agencies; and athletes and delegates to conventions and exhibitions.

“Through this scheme we aim to facilitate the expeditious entry and admission of Chinese nationals into the country and thus attract more tourists and investors from China,” the BI chief said.

The program will be implemented at the Ninoy Aquino International Airport (NAIA) and in eight other international airports (Clark, Mactan, and Kalibo) and seaports (Manila, Puerto Princesa, Subic, Laoag, and Caticlan) throughout the country.

Under the rules, interested Chinese nationals may, through their tour operator, apply for their landed visas at the BI for an initial authorized stay of 30 days and they may apply for extension up to a maximum period of six months.

Applicants should be holders of valid passports and return tickets and they should not be in the BI’s blacklist or subject of an Interpol red notice. Each of them shall be charged a visa fee of US$25 and P10 legal research fee.

The rules also provide that applications for VUA should be filed at least 10 working days before their arrival.

If the applicants are qualified, the BI commissioner shall issue an order approving the VUA and the same shall be presented by the Chinese passengers to immigration officers upon their arrival in the country.

Chinese nationals topped the list of alien registrants based on Immigration records from January to March this year with 28,189 followed by Americans with 10,980 and Koreans with 8,799.