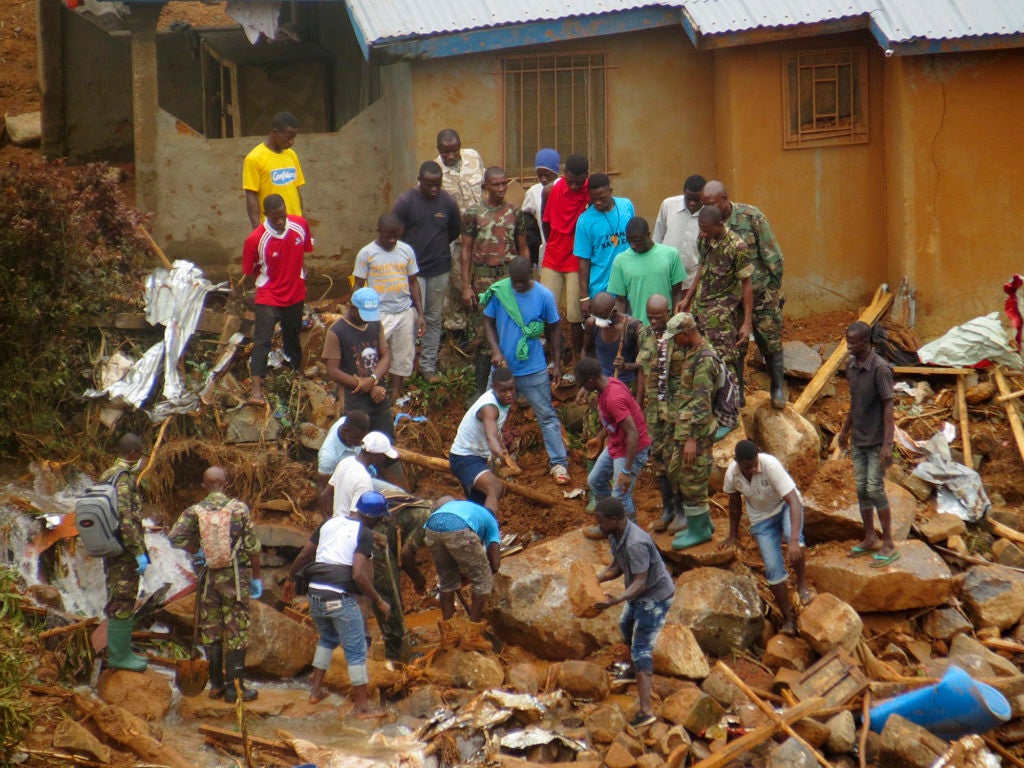 No Filipinos were hurt in the deadly Sierra Leone mudslides and flashfloods, the Department of Foreign Affairs (DFA) said on Thursday.

Reports said over 300 individuals were killed and more than 600 were reported missing after massive mudslides struck the mountainous town of Regent found in the outskirts of Sierra Leone’s capital, Freetown, on Monday.

“We extend our sympathy and prayers to Sierra Leone and its people who lost loved ones in the mudslides in Freetown,” Foreign Affairs Secretary Alan Peter Cayetano said in a statement.

The secretary cited Philippine Ambassador to Abuja in Nigeria Shirley Ho-Vicario’s report that “heavy rains triggered the mudslides that engulfed houses in the Regent neighborhood of the capital.”

Ho-Vicario’s report added that the embassy had not received news that any of the 115 Filipinos in Sierra Leone were affected by the mudslides.

“We are closely monitoring the situation to make sure that all our kababayans (countrymen) in Sierra Leone are safe and accounted for,” the ambassador assured. IDL