The state-run Philippine News Agency (PNA) has posted on its website a commentary from Xinhua—China’s government-run news agency—that called the United Nations ruling on the South China Sea as an “ill-founded award.”

The opinion piece, titled “Time to turn a new leaf on South China Sea issue,” was published on Xinhua on August 6. The PNA published the same article on August 6 but has since been deleted on their website. PNA did not identify the piece as a commentary. 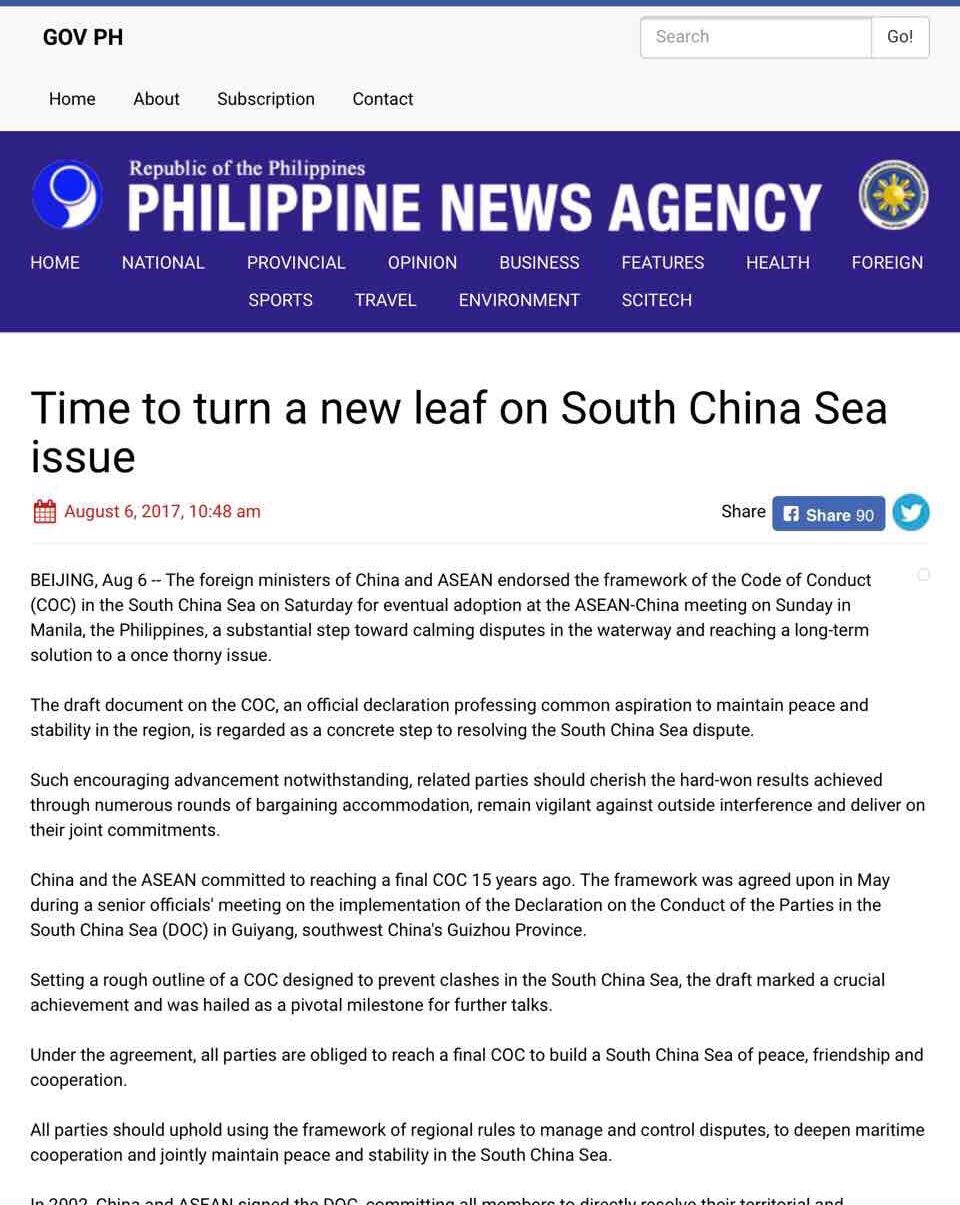 The commentary lauded the adoption of the framework on the code of conduct (COC) on the South China Sea during the Association of Southeast Asian Nations (Asean) meeting in Manila this August.

“Setting a rough outline of a COC designed to prevent clashes in the South China Sea, the draft marked a crucial achievement and was hailed as a pivotal milestone for further talks,” the commentary read.

But the opinion piece also called the landmark decision of the UN favoring the Philippines diplomatic protest over China’s expansive claim in the South China Sea as an “ill-founded award.” 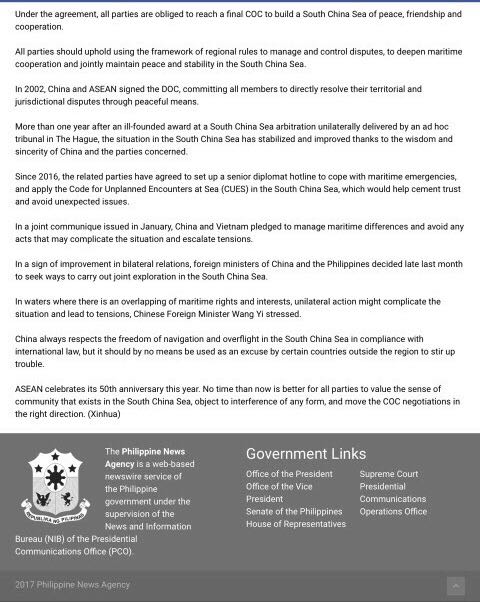 “More than one year after an ill-founded award at a South China Sea arbitration unilaterally delivered by an ad hoc tribunal in The Hague, the situation in the South China Sea has stabilized and improved thanks to the wisdom and sincerity of China and the parties concerned,” it said.

In a statement, Communications Secretary Martin Andanar said the commentary was “a repost from a commentary on Xinhua News Agency’s sponsored website Xinhuanet.com which the PNA maintains a partnership.”

“Being the official press agency of the People’s Republic of China, it is understandable that most commentaries of Xinhua News Agency reflect China’s position on certain issues,” Andanar said.

He, however, said all articles from partner agencies should undergo scrutiny and must be subject to discernment by PNA prior to reposting them.

The Palace official said he already sent a memorandum to PNA to explain the incident.

“We have already sent a memo to PNA to explain in writing why they should not be held liable for any administrative charges,” he said.

“We will take appropriate action against liable PNA officials and/or staff, if they are found to commit negligence in carrying out their duties and responsibilities,” he added. JPV