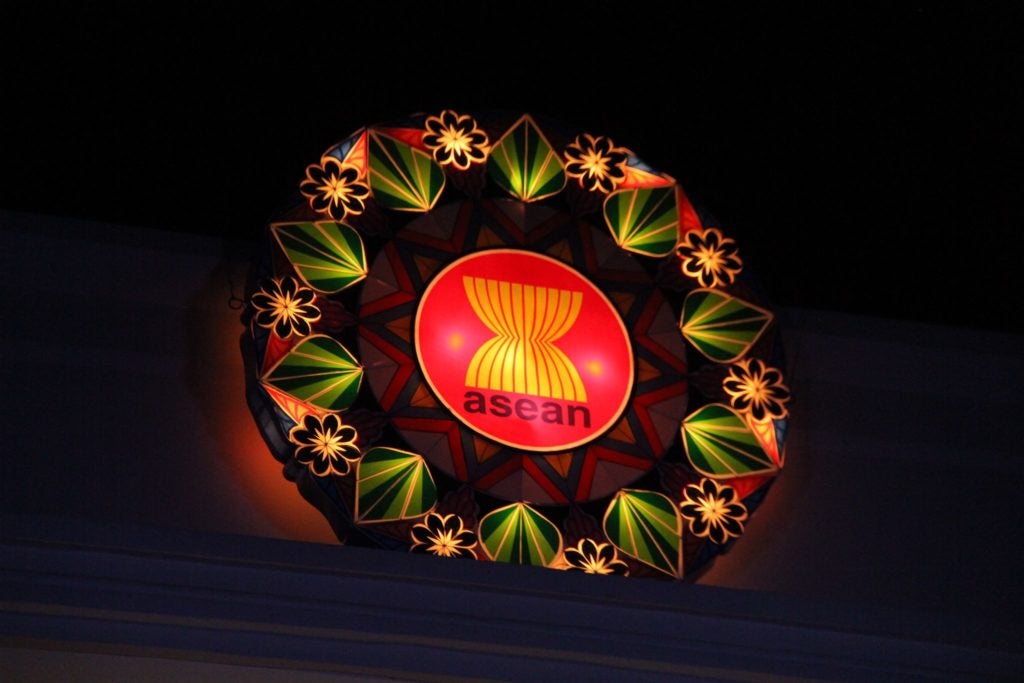 The giant ASEAN lantern like the one in the photo is lit in 50 areas in the country at 7 p.m. on Tuesday night to mark the 50th founding anniversary of the ASEAN (Association of Southeast Nations) on Tuesday night. INQUIRER VISAYAS / Robert Dejon

The cities of Maasin in Southern Leyte; Ormoc and Tacloban, both in Leyte as well as the towns of Palo (Leyte) and Balangiga (Eastern Samar) held their respective activities like street parades prior to the lighting of the Asean landmark lantern at exactly 7 p.m., held simultaneously in 50 areas across the country.

It was in Palo town where the country’s liberation from the Japanese invaders started with the landings of American forces led by General Douglas MacArthur in 1941 and in Balangiga, where American soldiers torched the island in 1901 which ended with them bringing the Church bells of the town.

The lanterns, with the Asean logo on them, were placed on the grounds of the city halls in Maasin, Ormoc and Tacloban, the regional capital.

Mayors Richard Gomez of Ormoc, Nacional Mercado of Maasin, Remedios Petilla of Palo and Cristina Romualdez of Tacloban led their respective areas in the occasion.

“We are very, very honored to be included among the 50 sites as Asean celebrates its 50th founding anniversary. This is symbolic for Tacloban as we bounce back after (Super typhoon) Yolanda,” Mayor Romualdez said.

Karen Terado, consular head of the Department of Foreign Affairs (DFA), based in Tacloban, said that the event basically aims to “raise awareness” among the public that Asean exists. -With a report from Robert Dejon