PH rebuked by US, Australia, Japan on sea dispute ruling 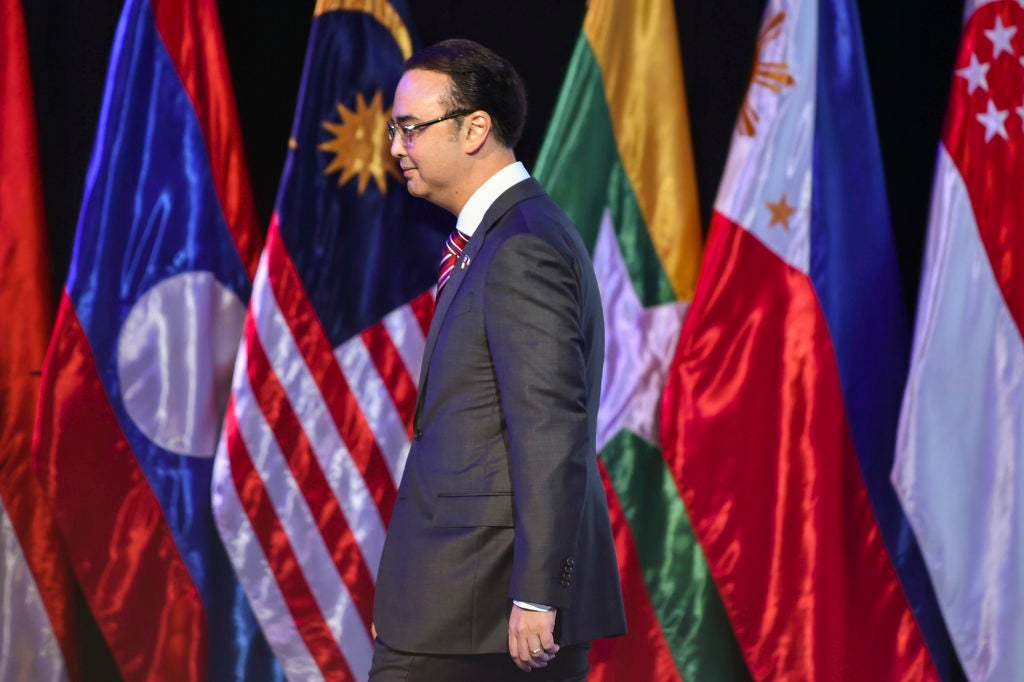 The Philippines received a rebuke for the first time from its traditional allies — the United States, Australia and Japan — for not pressing its legal victory in its territorial dispute with China in the South China Sea.

In a joint statement issued on Monday in Manila, US Secretary of State Rex Tillerson and Foreign Ministers Julie Bishop of Australia and Taro Kono of Japan expressed serious concerns over “reclamation” and “militarization” in the South China Sea, which were oft-repeated accusations leveled at China.

They called on China and, for the first time, the Philippines to abide by the ruling of the Permanent Court of Arbitration in The Hague that invalidated Beijing’s sweeping claims in the South China Sea and upheld Manila’s sovereign rights to its exclusive economic zone.

They said the tribunal’s decision was “significant” in the discussions among the parties to peacefully resolve their maritime disputes.

Tillerson, Bishop and Kono held a trilateral dialogue on the sidelines of two major regional gatherings hosted by the Association of Southeast Asian Nations (Asean) on Monday: the 18-nation East Asia Summit and the 27-nation Asean Regional Forum.

In the statement, they called on the South China Sea claimants to “resolve disputes peacefully in accordance with international law” and abide by the international law of the sea as reflected in the 1982 United Nations Convention on the Law of the Sea (Unclos).

Alluding to China, the three ministers urged the claimants to “refrain from land reclamation, construction of outposts, militarization of disputed features and undertaking unilateral actions that cause permanent physical change to the marine environment in areas pending delimitation.”

Since President Duterte assumed office in June 2016, the Philippines has desisted from challenging China’s claims in favor of fostering economic ties.

In their joint communiqué issued late on Sunday, the 10 Asean foreign ministers called for “nonmilitarization and self-restraint” in the South China Sea and spoke out against “land reclamation” without mentioning China.

They took note of the “concerns expressed by some ministers on the land reclamations and activities in the area [that] have eroded trust and confidence, increased tensions and may undermine peace, security and stability in the region.”

They called for “nonmilitarization and self-restraint in the conduct of all activities by claimants and all other states, including those mentioned in the Declaration of Conduct of Parties in the South China Sea that could further complicate the situation and escalate tensions” in the region.

The foreign ministers tasked senior officials to begin the “substantive negotiation” on the long sought-for Code of Conduct (COC) with China, after the Asean and China officially adopted the framework for negotiations.

On Sunday, China’s Foreign Minister Wang Yi said he proposed to his Asean counterparts to announce the start of the formal negotiations for the code during the Asean Leaders’ Summit in November, also in Manila.

“When the situation in the South China Sea is generally stable and if there is no major disruption from outside parties, then we will consider during the November leaders’ meeting, we will jointly announce the official start of the COC consultations,” Wang said.