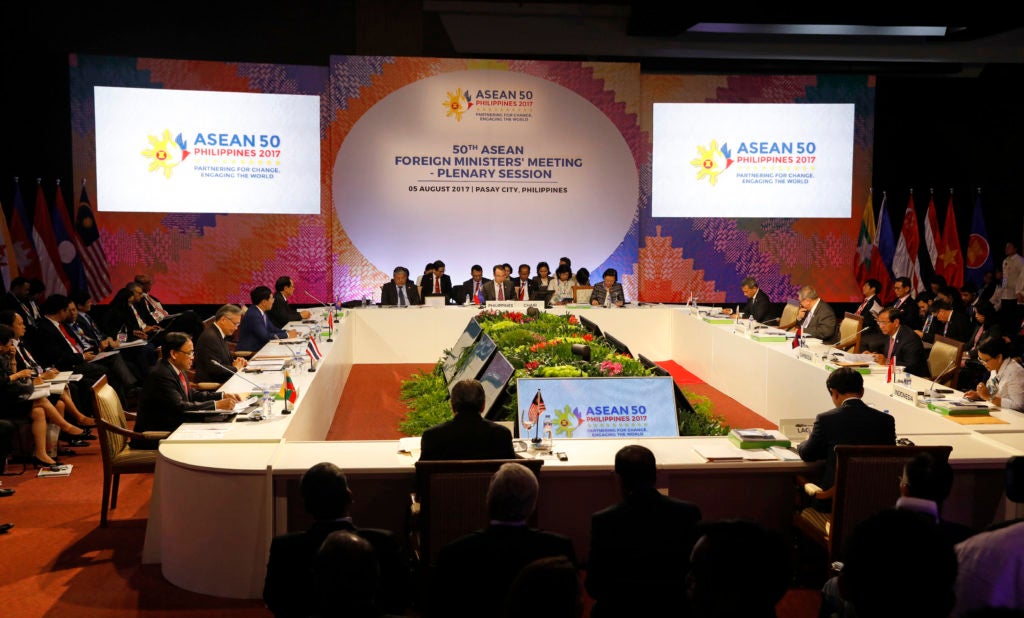 Southeast Asian nations were battling on Sunday to find a compromise on how to deal with Chinese expansionism in the South China Sea, with Cambodia lobbying hard for Beijing, diplomats said.

Foreign ministers from the 10-member Association of Southeast Asian Nations (Asean) meeting in Manila failed to release a joint statement as scheduled on Saturday evening, and tense follow-up negotiations the next morning could still not end the standoff, two diplomats involved in the talks told Agence France-Presse (AFP).

China claims nearly all of the South China Sea, including waters approaching the coasts of four Asean members — the Philippines, Vietnam, Malaysia and Brunei.

The tense talks came after Vietnam, which also claims parts of the strategically vital sea, insisted that tough language be inserted into the statement expressing concern over Chinese land reclamation in the contested waters.

Cambodia, one of China’s strongest allies within Asean, firmly resisted, according to the diplomats involved in the talks, as well as an excerpt of the proposed Cambodian resolution obtained by AFP on Sunday.

“Vietnam is adamant and China is effectively using Cambodia to champion its interests,” one of the diplomats said. “But the Philippines is trying very hard to broker compromise language.”

China has in recent years expanded its presence in the sea by building artificial islands, which are capable of holding military bases.

Tensions over the sea have long vexed Asean, which operates on a consensus basis but has had to balance the interests of rival claimants and those more aligned to China.

While senior officials pressed on with negotiations on the sea dispute on Sunday, Asean foreign ministers went into a round of separate meetings with their counterparts from China, United States and other Asia-Pacific nations.

Asean and China were due to approve a framework for a code of conduct in Manila on Sunday on how to deal with the sea dispute.

Analysts have cautioned not to place too much significance on the agreement on a framework.

They say the agreement comes 15 years after negotiations on the issue first began, and China has used that time to cement its claims with the artificial islands, while an actual code likely remained many years away.

Diplomats said they were still hoping the joint Asean statement meant to be released on Saturday would be agreed on before all the other meetings hosted by the bloc ended on Tuesday.