Aquino asks US to be liberal in Philippine war veterans’ claims 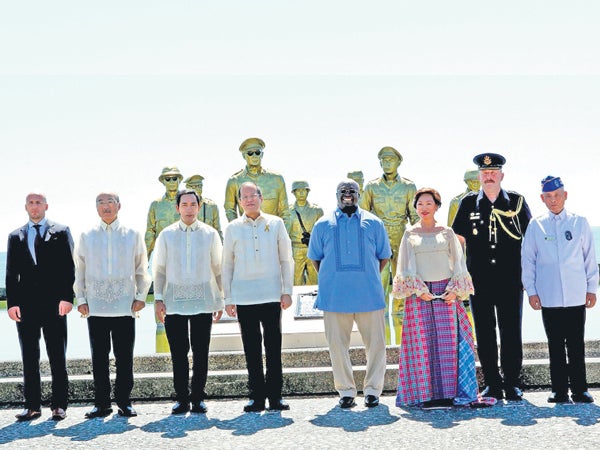 PALO, Leyte, Philippines—President Benigno Aquino III on Thursday said the Philippine government had requested the US government to be more liberal in processing compensation claims of Filipino war veterans.

Thursday’s program marked the 67th anniversary of the arrival of joint US-Filipino forces led by Gen. Douglas MacArthur at Red Beach, Candahug, Palo, paving the way for the liberation of the Philippines from Japanese occupiers as World War II was nearing its end.

The Philippine Veterans Affairs Office (PVAO) had also been discussing with its US counterpart a proposal seeking to ease the process of payment of benefits to the heirs of deceased Filipino veterans entitled to receive compensation under the US Veterans Equity Compensation Act.

Under the act, qualified Filipino veterans living here are entitled to receive $9,000 and those now residing in America, $15,000.

Veteran Facundo Ladan, 87, from Tanauan town, Leyte, said that he received the financial assistance from the US government. “And I’m happy that no less than our President has issued a statement guaranteeing our welfare,” Ladan said.

The President also said that he would ensure that only those veterans entitled to receive compensation from the government would receive them.

He said that the PVAO had been very active in their pensioner’s revalidation program to ensure that its list on pensioners was not only updated but accurate as well.

“Fraudulent pensioners are the ultimate show of disrespect to those who have served their country silently. And we are ensuring that the few greedy individuals do not pocket funds set aside for our heroes,” the President said.

The President said the government had also improved medical care for veterans. He said that the Veterans Memorial Medical Center (VMMC) had widened access of veterans to hospitalization services by accrediting 562 government hospitals.

The VMMC had been subsidizing the hospital bills of the veterans as well as those of their qualified dependents, the President added.

Japanese Ambassador to the Philippines, Toshinao Urabe, who joined the occasion for the first time, expressed “heartfelt apology with a deepness of remorse.”

The ambassador said that the relationship of former adversaries in the past had changed, pointing out  that his country was now enjoying good relations with them.

Urabe also expressed his gratitude to the $1-million donation made by the Philippine government through President Aquino to Japan after the country was hit by a devastating earthquake-tsunami last September.