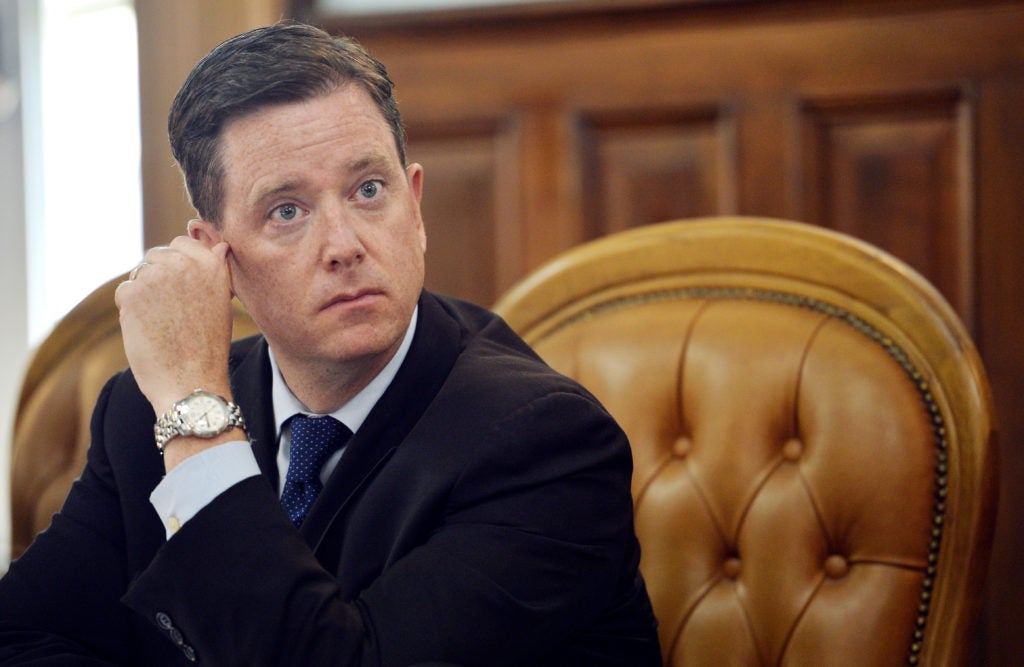 A United States lawmaker on Thursday said President Duterte “should not be invited” to the White House, citing the President’s dismal human rights record.

“President Duterte, by all accounts, seems to not have a high regard for human rights and I think it is important for the members of Congress in a bipartisan way to make our concerns known and make them known loudly and clearly,” said McGovern, cochair of the bipartisan caucus.

“I certainly believe, very strongly, that a man with the human rights record of President Duterte should not be invited to the White House. And if he comes, I will lead the protest because, again, we got to be on the side of advocating for human rights, not explaining them away,” he added.

In response, Mr. Duterte on Friday vowed that he would never visit “lousy America” despite an earlier invitation extended by US President Donald Trump.

“What makes that guy think I will go to America?” the President told reporters in Davao City, referring to McGovern.

“There will never be a time during my term when I will be going to America or thereafter,” he said, adding: “I’ve seen America and it is lousy. They have many human rights violations.”

The commission, which is a bipartisan caucus in the US House of Representatives, held a public hearing on “Philippine Extrajudicial Killings” on Thursday.

Presidential spokesperson Ernesto Abella said that the Filipino public was the “real judge” of the drug war’s effectiveness and he noted that Mr. Duterte’s public satisfaction ratings had been consistently high.

“The real judge of the situation would be the people … who have given him overwhelming support and overwhelming approval,” Abella said in a press briefing in Malacañang.

He pointed out that Filipinos felt “safer in the streets” while the crime index “has dropped.”

“We’re not part of that particular … meeting  but it would really help if people listen to both sides of the story,” Abella said.

At the hearing, McGovern  said the Philippine government should explore alternative solutions like community-based prevention programs instead of “killing people.”

Alluding to Philippine officials, he said: “No other country comes to mind where people are assassinated in the streets in the name of fighting drugs and leaders brag about it as a good thing.”

The Philippine National Police chief, Director General Ronald dela Rosa, suggested the scrapping of the existing P1.7-billion deal with an American arms dealer for the purchase of 27,394 rifles.

The rifles should have been shipped by Sig Sauer in April.

“Are they (US House of Representatives) considering us to be (the) 51st state of the US? Why would they? Don’t we have sovereignty? What’s their reason for the investigation? Are we a province of the US?” said Dela Rosa at a press briefing on Thursday.

“They can investigate. But we do not care about them. We are not under America,” Dela Rosa added. —WITH A REPORT FROM AFP