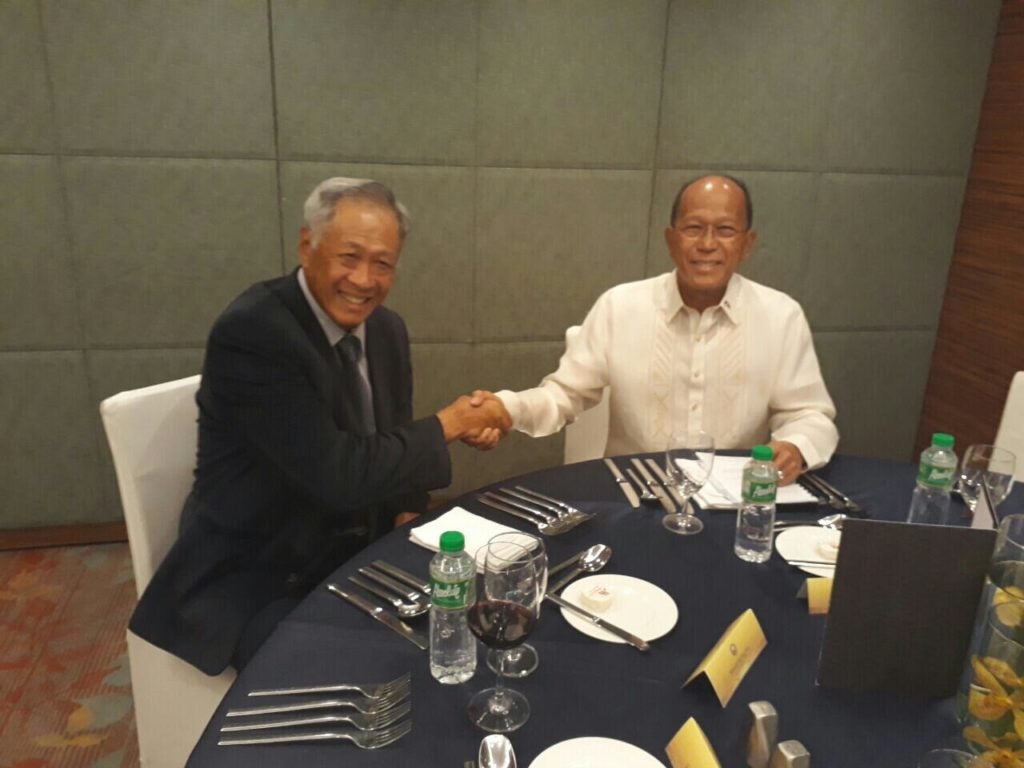 The meeting of the two defense chiefs is likely to focus on violent extremism.

“Violent extremism has certainly taken (center) stage. And our fight against it is taking place as we speak. Thank you for the support manifested by no less than your presence here today,” Lorenzana told his counterpart, who is on a two-day visit to the Philippines.

Government troops have been fighting the IS-linked Maute terrorist group in Marawi City since May 23.

The Philippine defense chief said they could learn from Singapore’s own approaches in countering violent extremism, specificially in the way they deal with Islamic schools and returning foreign fighters.

“I look forward to further discussing these during our bilateral meeting,” he said.

It was Ng’s first visit to the Philippines after three years.  During his last meeting with then Defense Secretary Voltaire Gazmin, the two focused on dealing with natural disasters.

“Since then, there have been developments in the regional security environment,” Lorenzana said.

He also assured Ng that the Philippines will consistently participate in ASEAN activities when it hosts the Asean Defense Ministers Meeting (ADMM) next year.

The Philippines is this year’s host of the ADMM. Frances Mangosing/JE/rga