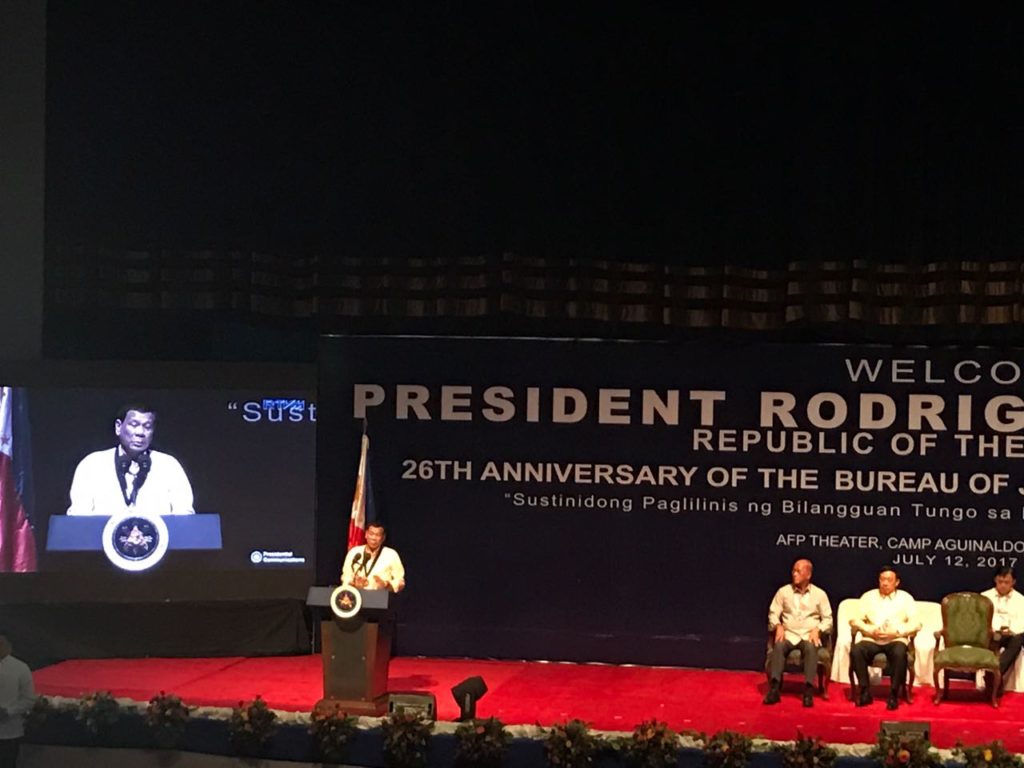 President Rodrigo Duterte said on Wednesday that the government would continue to seek military assistance from China and Russia in its fight against terrorism in the Philippines.

“I can always go to other nations for help and that is why I went to China and I went to Russia,” Duterte said in his speech during the 26th anniversary celebration of the Bureau of Jail Management and Penology (BJMP) in Camp Aguinaldo.

Last June 28, the Philippines received P370 million worth of arms and ammunition from China June as support for its counterterrorism operations in Mindanao, where Islamic State-inspired militants put Marawi City under siege starting May 23.

The first batch of military equipment and supplies included high-power assault and sniper rifles with millions of rounds of ammunition. Another shipment will arrive in September, Duterte said.

“This not only strengthens our country’s commitment to support each other during times of need but also highlights the dawn of a new era in Philippine-Chinese relations,” Duterte said, during the handover of the military package in Clark Airbase in Pampanga.

But he later clarified that he never suggested anything about alliances.

“I never suggested anything about alliances,” he said. “But [I told] China, we can do joint military maneuvers.”

“I expect Russia to help us in due time,” he said. –Winona S. Sadia, INQUIRER.net trainee /atm