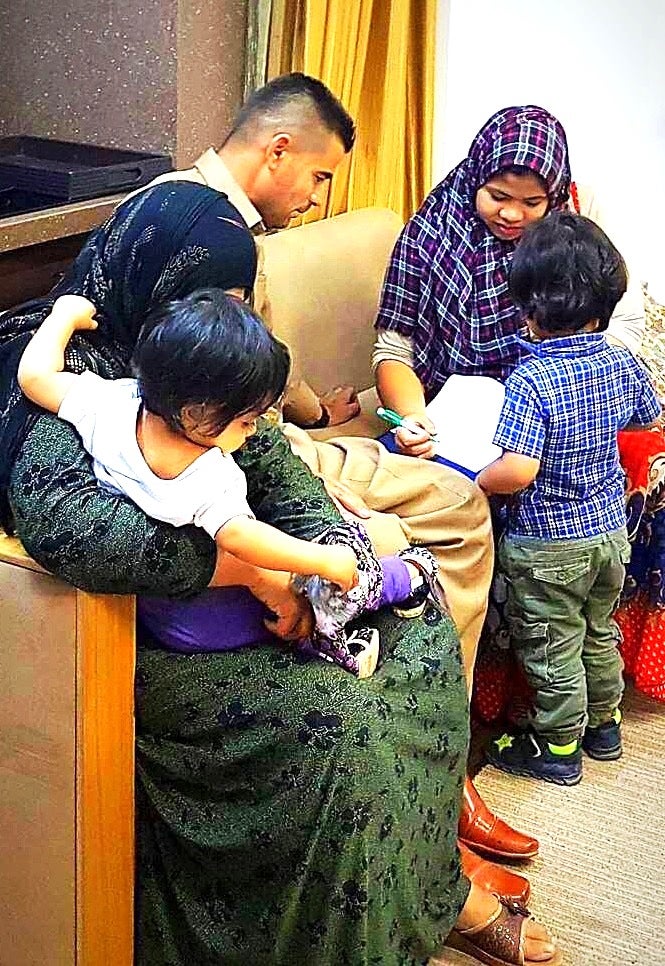 ERBIL, Iraq — A Peshmerga fighter who had seen action against the Islamic State in Kurdistan was among those who joined overseas Filipino workers in Iraq in expressing their support for security forces fighting militants in the southern Philippines.

“From the Kurdish Peshmerga to the Filipino Peshmerga, we express our solidarity with you in the fight against the Islamic State,” wrote Hasan, who comes from Sulaymaniyah in the eastern part of Iraqi Kurdistan.

Peshmerga, which is Kurdish for “those who confront death,” are the military forces of the Kurdistan Regional Government of Iraq.

The Peshmerga have been fighting the Islamic State since the terrorist group, which is referred to in Iraq by its Arab acronym Daesh, attempted to storm the region in 2014.

The Peshmerga foiled that attempt and had since successfully defended a frontline that stretched more than 1,000 kilometers.

When Baghdad launched the offensive to retake Mosul, the de facto capital of the Islamic State in Iraq, Kurdish forces served as spearhead.

“We hope and pray for your victory against Daesh!” Long live the Philippines! Long live Kurdistan,” said Hasan, who helped his Filipina sister-in-law renew her passport during a consular outreach mission in Erbil that was conducted by the Philippine Embassy over the weekend.

“The Peshmerga are respected fighters who despite being outgunned and outnumbered succeeded in holding their line against the Islamic State in 2014, thus preventing the terrorist group from entering and taking control of Kurdistan,” according to Embassy Chargé d’Affaires Elmer G. Cato. 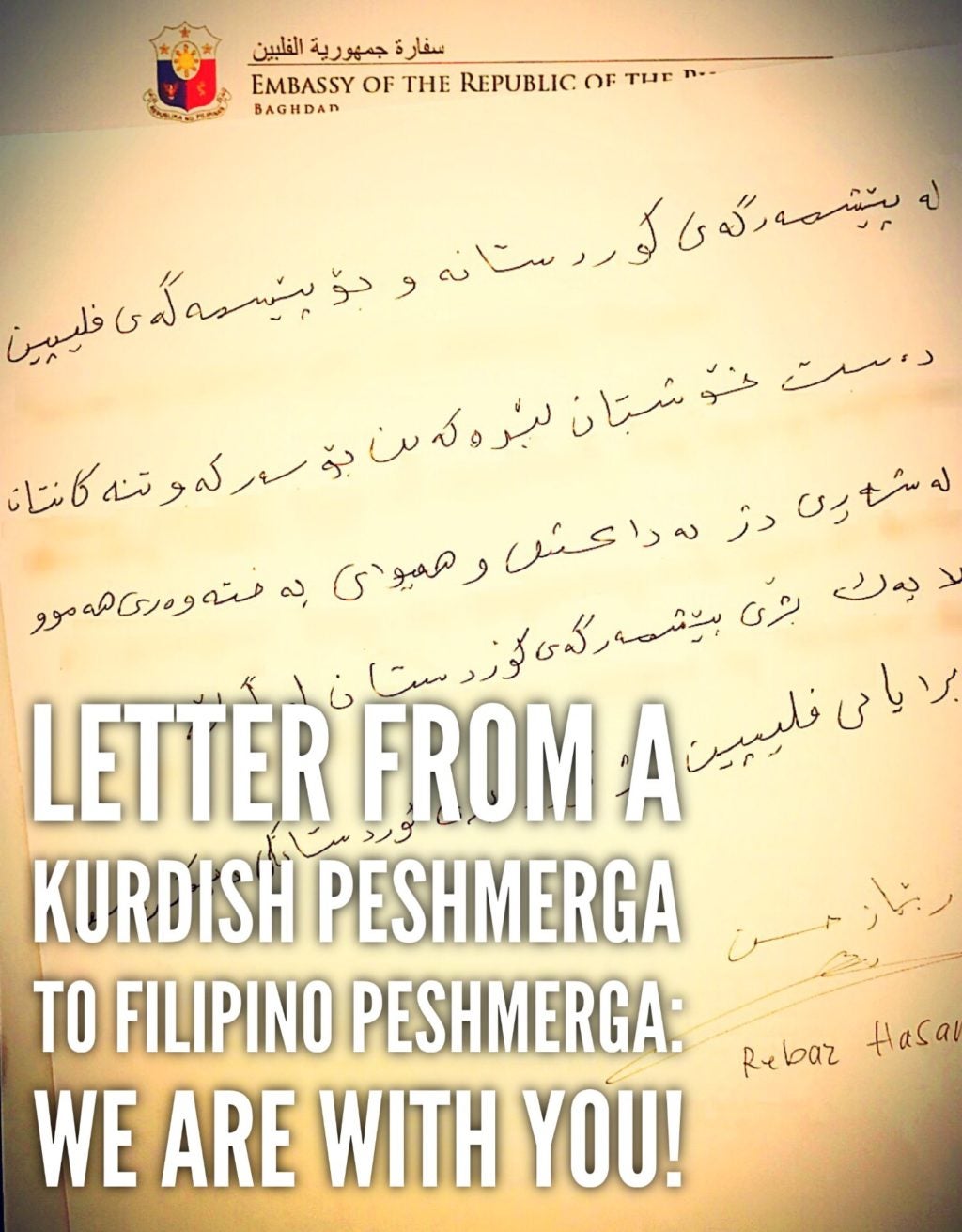 “As the Peshmerga succeeded in defeating the Islamic State from this part of the world, the barbaric terrorists appeared in Marawi,” Khalid said in the letter he emailed to the Embassy.  “The friendly people and government of the Philippines are now fighting this brutal terrorist organization.”

“As an international citizen from the Kurdistan Region, I show solidarity with our Filipino brothers and sisters and wish them all the success in the fight against terrorism,” he said. “The Islamic State is a threat to the entire world. This is why we have to work hand in hand to fight this common enemy.”

Both Hasan and Khalid sent their letters in response to the appeal made by the Embassy on behalf of the Blas F. Ople Policy Center and the Department of Foreign Affairs for overseas Filipino workers to send messages and letters of support to troops fighting in Marawi. The initiative is being undertaken in cooperation with the Civil-Military Operations Regiment of the Philippine Army.

The Philippine Embassy in Baghdad and other embassies and consulates general abroad have been gathering letters, postcards and notes from overseas Filipinos in support of this initiative that seeks to boost the morale of soldiers and police officers serving in Marawi and the rest of Mindanao.