2,500 OFWs set to be repatriated from Saudi Arabia in July 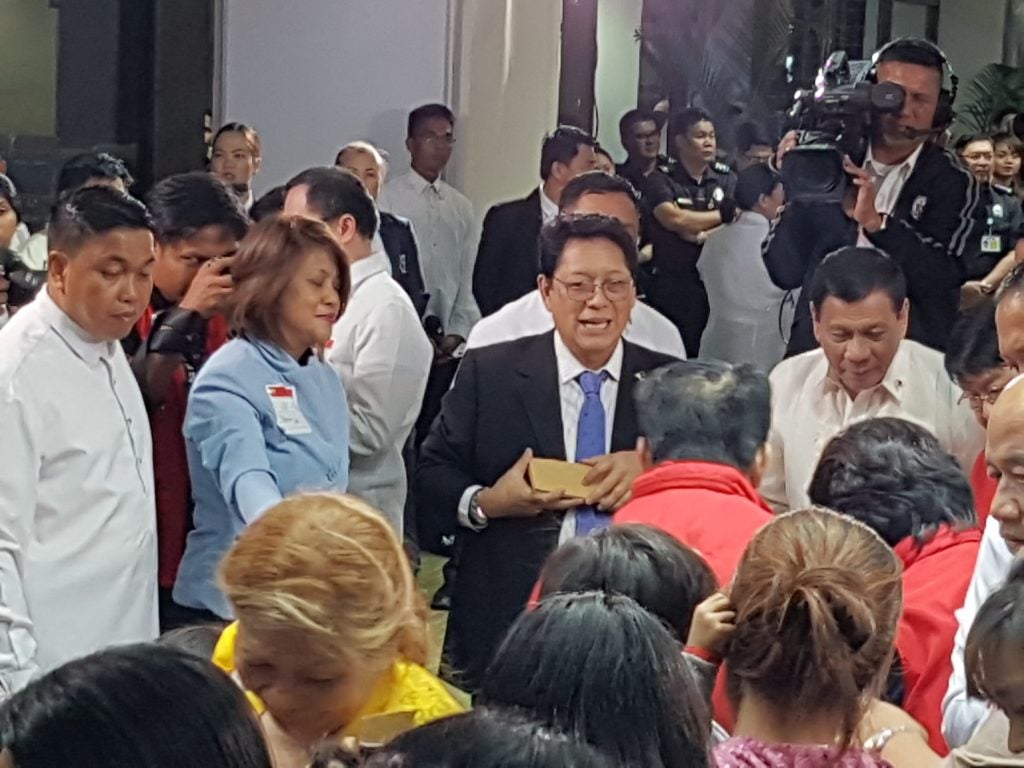 In this Apr. 18, 2017 file photo, President Duterte welcomes the repatriated workers from Saudi Arabia and hands to each of them P5,000 in cash assistance from OWWA. He was assisted by Labor Secretary Silvestre Bello III and Social Welfare Secretary Judy Taguiwalo. (PHOTO BY NIKKO DIZON / INQUIRER)

MANILA — The Department of Labor and Employment has reserved 2,500 seats for stranded Filipino workers who will be coming home after being granted amnesty by the Kingdom of Saudi Arabia.

The overseas Filipino workers will be flying home on different dates this month on commercial flights, instead of the original plan to charter flights, according to Labor undersecretary Dominador Say.

“We talked with Philippine Airlines, we were told it will be difficult to charter flights, because the flights are already fixed for the whole year,” he said.

While 2,500 seats have been reserved, the DOLE is expecting more OFWs to avail of the amnesty and come home.

“They have daily flights and there are available seats. So they said they will just reserve these seats and won’t accept bookings for the moment,” Say said.

The agency is eyeing July 12 as the first day for the commercial flights for OFWs, with an average of 200 passengers a day.

The Overseas Workers Welfare Administration will be shouldering the plane fares of the OFWs who will be coming home this month.

Earlier, the DOLE initially planned to charter five PAL flights to ensure that the remaining OFWs in Saudi Arabia could come home before the July 24 end of the one-month extension of the amnesty period.

A total of 2,241 OFWs are still waiting for their plane tickets after earlier availing of the 90-day amnesty, which originally ended on June 29.

However, the Saudi government extended the amnesty program for violators of residence and employment laws for another 30 days.

Say said he hoped that all the OFWs would be able to come home by July 21st before the end of the extended amnesty period.

“If there are any last minute applicants for amnesty, they can have the remaining seats,” he added.  SFM