Barbers to downplay drug war abuses in report to ASEAN 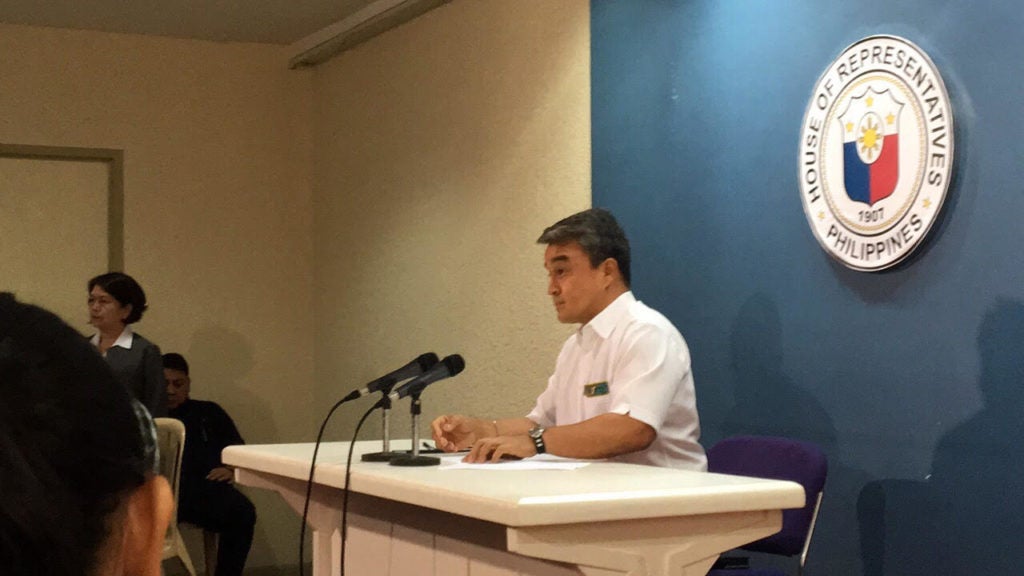 MANILA — The Philippine delegation will downplay the extent of human rights violations and police abuses when it presents its report to the Association of Southeast Asian Nations panel, a House of Representatives leader has said.

Instead, Rep. Robert Ace Barbers said that the delegation, which he has been chairing, would highlight the Duterte government’s “success story” at the 13th Meeting of the ASEAN Inter-Parliamentary Assembly Fact-Finding Committee (AIFOCOM) to Combat the Drug Menace to be held in Pasay City this July 5 and 6.

For Barbers, it would be up to the ASEAN member-states to “maybe replicate” the country’s strategies in its bloody anti-narcotics campaign.

“Of course, what we will tell other countries is the success story of our campaign,” Barbers said in a Monday briefing. “We will not speak of human rights violations here because it is not our job to speak about that.”

“Let me emphasize that what we can show to them as a host country for this particular conference is that we want to show them the achievements of the anti-drug campaign of these administration,” he added.

There will be some discussion, according to Barbers, but the delegation will emphasize that “all these extra-judicial killings or human rights violations have already been a subject of an investigation being tasked by the President.”

Barbers admitted that “we cannot discount the fact that there are human rights violations.” On the other hand, he blamed “some corrupt officials of the law enforcement agencies” and exculpated President Rodrigo Duterte.

“The human rights violations [are] definitely not coming from a direct order coming from the President. This is probably the result of some eager beaver PNP officers running after all these drug lords and drug pushers,” he said.

Barbers did not disclose much of the report to be presented to the ASEAN member-states, but simply said the delegation would share information and advise the neighboring countries to be “aggressive” in
combating illegal drug trade and use.

“Well, I’m not going to advise them to kill if needed but, what perhaps I will advise them is that to be aggressive and bold and brazen in the fight against drugs,” he said. “You know, the enemy here is not an ordinary enemy. They will kill you. They are more aggressive than any law enforcement agency in the country.”

Asked if this meant the Philippine delegation would propose something along the lines of the controversial Oplan TokHang and Oplan Double Barrel, Barbers said: “We can show them what our strategies are. And, it is now up to them to maybe replicate it.”

Barbers described Mr. Duterte’s name-and-shame campaign against purported narco-generals, narco-judges, and narco-politicians as an “achievement” by itself. “The information that he is sharing with us is already the fruit of his actions,” he said.

During the same briefing, Barbers also said that the drug problem should be treated as “not just a health issue.”

“This is more than a health issue. There is corruption there, there’s poverty there, there’s health there, and all these barrage of social economic problems that create this bigger problem of drugs,” he said.

He also tried to justify the perceived lack of “big fishes” who have fallen in the war on drugs. Human rights advocates have criticized the anti-drug campaign for targeting mostly poor drug users instead of breaking the supply chain.