Duterte receives P370-M worth of firearms, ammo from China 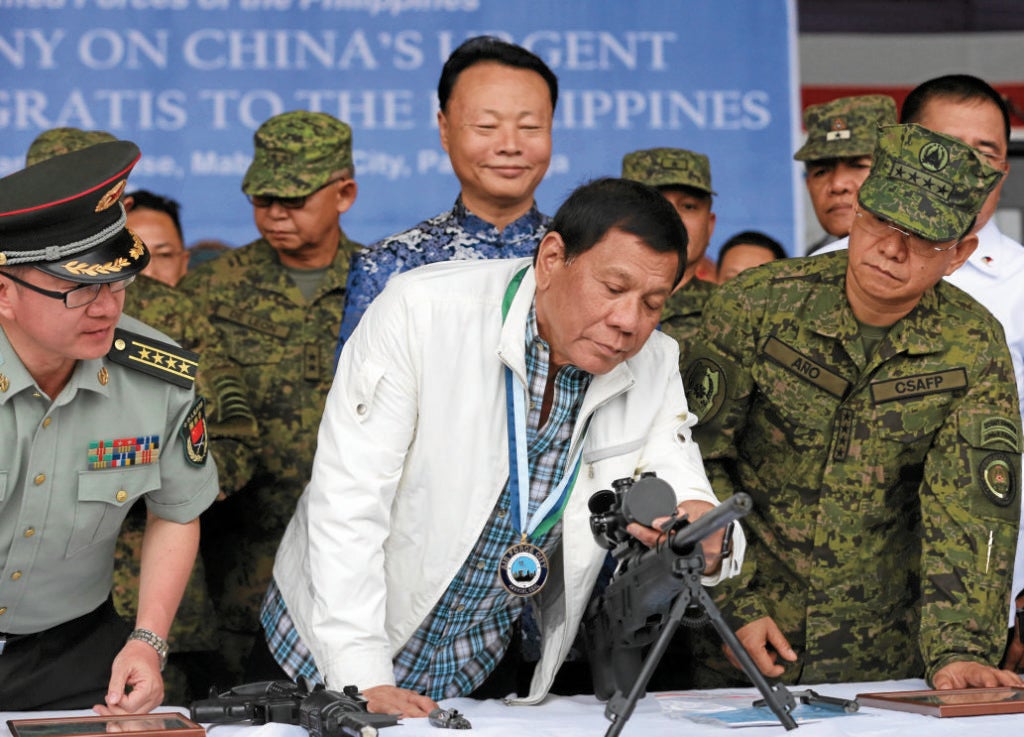 President Rodrigo Duterte checks the scope of a riffle sniper, an ,7.62mm,CS/LR4A, given by China as part of Beijing assistance grant to the Philippines during a turnover ceremony at the hangar of Clark Air Base in Mabalacat Pampanga while Chinese ambassador to the Philippines Zhao Jianhua looks on . INQUIRER PHOTO/JOAN BONDOC

The Philippine government on Wednesday received P370 million worth of arms and ammunition from China.

Zhao said a second set of military arms and ammunition would arrive in the next few months.

Aside from the military aid, Zhao said China would give the Philippines P5 million for the families of slain soldiers in Marawi City. This is on top of the P15 million it earlier donated to the government for the rehabilitation and relief operations in the conflict-torn city.