Trillanes writes to BBC: ‘I have no plans of suing your company’ | Global News

Trillanes writes to BBC: ‘I have no plans of suing your company’ 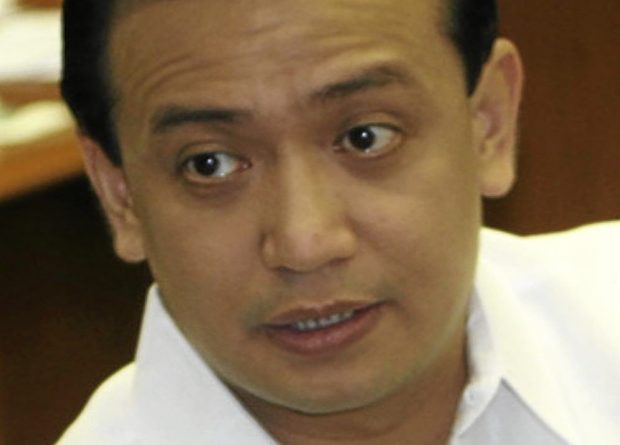 Sen. Antonio Trillanes IV has clarified to the British Broadcasting Corp. (BBC) that he has no plans of filing a lawsuit against it for the controversial interview he had with one of its news anchors.

In a letter dated June 23, Trillanes wrote to BBC Director-General Tony Hall that he had no intention of filing a case against the network.

“Let me just say that it was an honour to be invited as a resource person on BBC World’s HARDtalk Program,” Trillanes wrote. “So, please be assured that I have no plans of suing your company. On the contrary, I am very satisfied with how the interview was conducted by Mr. Stephen Sackur, as I was given a chance to give my insights about the real situation in our country.”

Trillanes explained to BBC that he had been “a target of a massive and well-funded black propaganda campaign by the social media troll organization of the Duterte administration.”

“This propaganda machine is also being used to swarm various media organizations and personalities to create an impression that there is an overwhelming support for President Duterte’s deadly war on drugs,” the senator said.

“I hope that you will continue covering the current issues in the Philippines and won’t get deceived by these tactics of the Duterte social media trolls,” he said.

Aside from the letter, Trillanes also attached a transcript of the interview and the list of fake news websites that wrote about his alleged plan to sue BBC.

The websites that published the fake story include Our Daily Revelations PH and The Adobo Chronicles.

During a segment of Sackur’s BBC show “Hardtalk,” he confronted Trillanes about his views on Duterte and his policies. Sackur told Trillanes that these were “out of tune” and “inharmonious” with public sentiments.

The English broadcaster also mentioned that the country had become safer with Duterte’s rule.

But Trillanes said Filipinos, while busy with their day-to-day living, had no idea yet on the “magnitude of the damage Duterte has done.” /atm 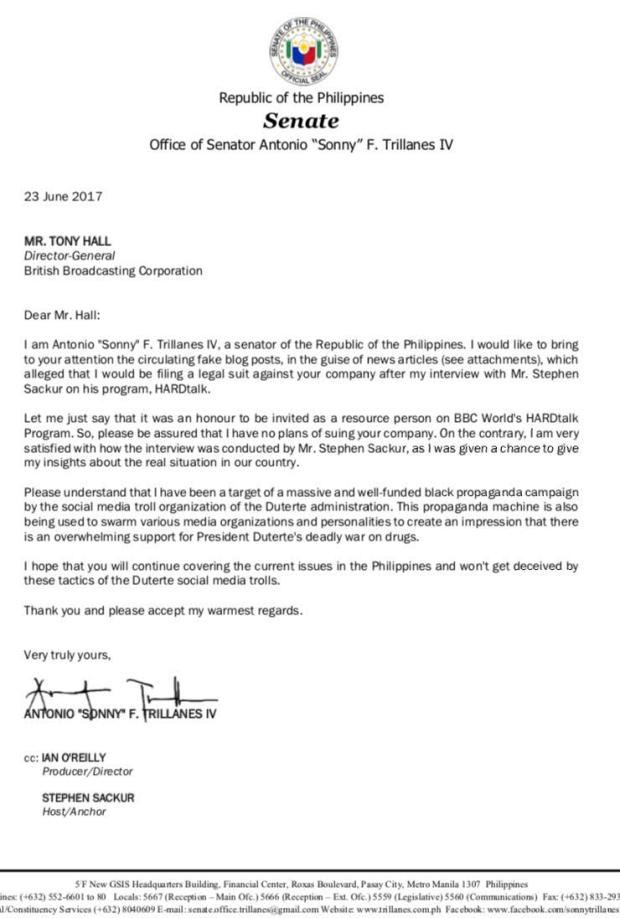