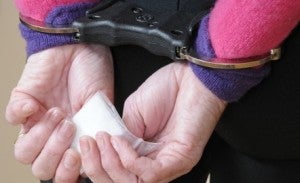 OLONGAPO CITY — A 58-year-old American and two Filipinos were arrested in a drug operation on Wednesday (June 21).

Yandoc, Andrade and Ryan, a resident of Grayback Drive, East Kalayaan inside the Subic Bay Freeport, had been under police surveillance prior to their arrest, Cabalza said.

Ryan was the second American national to be arrested in the same village in less than a month.

On May 25, 26-year-old American Henry Brodie was arrested in a drug bust.  SFM

Read Next
PH, Indonesia, Malaysia execs to meet in Manila for fight vs terror
EDITORS' PICK
House energy committee chair Arroyo bats for cheap electricity
Lawmakers eyeing more changes in Maharlika plan
Hidilyn Diaz wins only gold missing from her collection
Shop smarter with vivo’s big 12.12 holiday deals
How not to retire as an ex-president
The vivo Y02 is now available in the Philippines for only PHP 5,299
MOST READ
Jovit Baldivino, ‘Pilipinas Got Talent’ winner, dies at 29
LPA enters PAR, to likely strengthen into tropical depression in coming days – Pagasa
Andi Eigenmann, family in Manila for a quick visit; Ellie dines with grandma Jaclyn Jose
Lawmakers eyeing more changes in Maharlika plan
Don't miss out on the latest news and information.