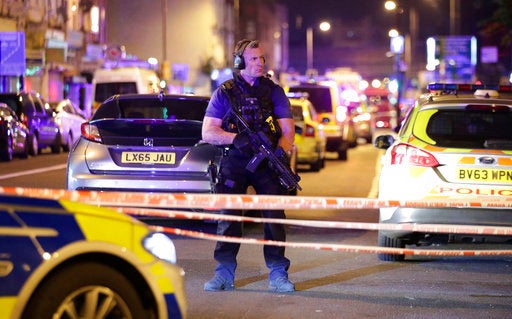 Still reeling from a massive fire that affected the Filipino community in London, the Philippine Embassy in the United Kingdom denounced on Monday a suspected terrorist attack at a mosque.

“The Embassy joins those who condemn the heartless attack last night at Finsbury Park Mosque,” it said in a statement. “Our thoughts and prayers are with those who have been affected and their loved ones.”

Reports said a van mowed over pedestrians outside the mosque on Monday, resulting in the death of one man. Several others were wounded and brought to nearby hospitals. The police were able to arrest a 48-year old man and authorities are considering it a potential terrorist attack.

“The Embassy is still ascertaining if any Filipino national was affected during the attack,” the Embassy said.

The statement was released just a day after the Embassy announced that a Filipina has been included on the list of people presumed dead from the Grenfell Tower fire.

The Embassy said Filipinos needing assistance in relation to the Finsbury Park Mosque attack may contact it via: is +44 7802 790695 or [email protected].