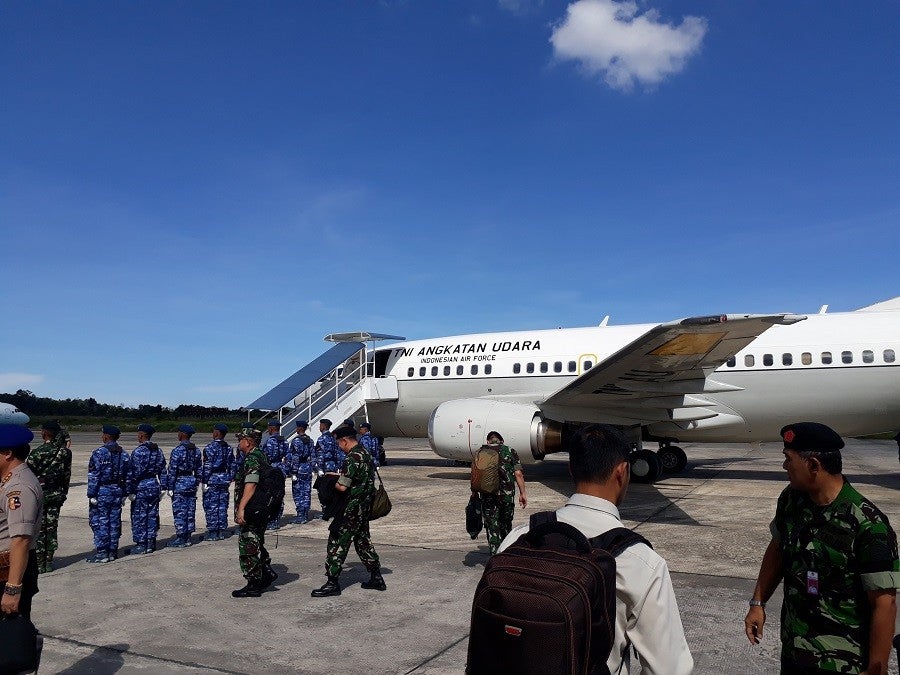 A delegation led by Defense Minister Ryamizard Ryacudu arrived at Tarakan Air Base in North Kalimantan on June 18. During his visit, Ryamizard was to attend a ceremony to launch a trilateral maritime patrol on Monday. The Jakarta Post/Asia News Network

At least three Sukhoi jet fighters have been deployed to Tarakan, a town in North Kalimantan near the maritime border with the southern Philippines, to guard against insurgency and prevent Islamic State-linked Maute terrorists from entering Indonesia.

An ongoing battle between the Maute group and Philippines’ military in Marawi city on Mindanao Island in the Philippines has sparked concern in Indonesia that it might force the group members to flee the area and attempt to get into Indonesia.

The three Sukhoi jets were parked at the Tarakan Air Force base on Sunday afternoon, The Jakarta Post reporter observed.

The Sukhoi jets, which were deployed on Friday, would strengthen the military patrols that are already being conducted near the border with the Philippines, as reported by Antara news agency on Sunday. The jets would remain there for one month.

“The militants might flee the Philippines and be forced to cross the border into Indonesia,” Tarakan Air Force base chief Colonel Didik Krisyanto said on Sunday as quoted by Antara.