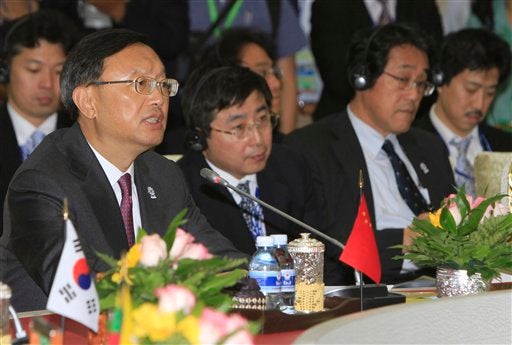 Relations between China and the Association of Southeast Asian Nations (Asean) continue to improve with a “hotline” meant to diffuse tensions in the South China Sea being successfully tested, a ranking Department of Foreign Affairs (DFA) official said on Friday.

DFA Assistant Secretary Hellen De La Vega said the hotline between the ministries of foreign affairs (MFA) of China and the 10 Asean countries was tested in March in a simulation and it was successful.

“In layman’s terms, if there is a maritime incident happening in this area, ministries of foreign affairs from each member-state can call each other and say, ‘There is something going on there. Halt or stay. Please disengage or something like that’,” De La Vega said during a forum on Asean political-security issues at the Asian Institute of Management in Makati.

“We have actually tested that among us in foreign affairs just last March and it was successfully tested. One country would call another MFA if that line is working and it’s working,” she added.

China and Asean in September last year agreed to set up the “MFA-to-MFA hotline” so that senior diplomatic officials can immediately address maritime emergencies, diffuse tensions, and keep the peace.

China and five Asean member-countries, including the Philippines, have competing claims over portions of the South China Sea.

De La Vega said the hotline was one two “early harvest measures” showing improving relations between China and the Asean.

“The second early harvest measure is the code of unplanned encounters at sea which we call CUES. Again, what it means is if you meet at sea and it’s not planned, you have this framework…involving the navies (that) are meant to de-escalate tension and to manage tension in the region,” she added.

On the other hand, De La Vega also said that the Philippines has not abandoned the favorable ruling if got from the Permanent Court of Arbitration on its dispute with China over portions of the South China Sea.

“The arbitral award stays. (President Duterte) already said this. The Philippine government has not abandoned it. What he’s trying to say is he would raise it at an appropriate time. So, that appropriate time would have to be defined by him, being the chief architect of policy,” she said.

“We are being guided by the President. The President is the chief architect of our foreign policy so this is where we are right now,” she added.