Duterte: I did not know of US help in Marawi conflict beforehand | Global News
Close
menu
search

Duterte: I did not know of US help in Marawi conflict beforehand 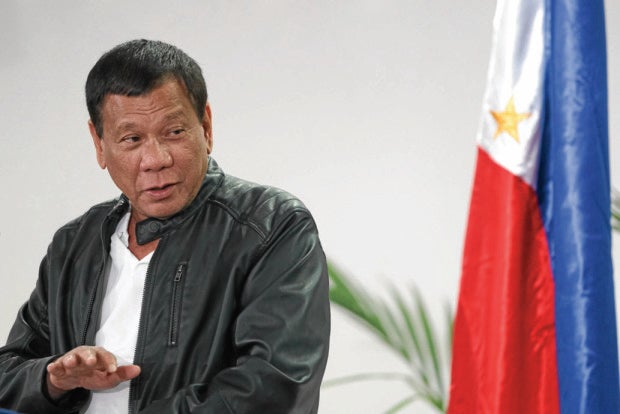 CAGAYAN DE ORO CITY – President Duterte said on Sunday he did not know beforehand that the US military has been helping the Armed Forces of the Philippines fight the Maute Group and Abu Sayyaf in Marawi City.

“I am not aware of that, but under Martial Law, I gave the power to the defense department,” the President said, referring to the Department of Defense.  Defense Secretary Delfin Lorenzana was tapped by Duterte as martial law administrator shortly after he declared martial law in the entire Mindanao on May 23, 2017.

At one point in his public speech, Duterte indicated what he knew so far: that US soldiers have been helping in the battles, but the Department of Defense later told reporters in a press conference that not one US soldier was involved in the combat.

In his speech at a public event in Cagayan de Oro City on Sunday, Duterte  said he would prefer that US soldiers were not involved in the campaign but it was the military’s decision to tap them.

Asked if it did not affect his independent foreign policy agenda, the President said his quarrel was not with the American people at all but only with former President Barack Obama and the US State department.

“As far as (President Donald) Trump is concerned, he’s my friend,” he said.

Defense officials on Sunday reiterated not one US soldier was directly involved in fighting Islamic State-inspired gunmen in Marawi City, saying American participation was limited to technical aspects, such as intelligence gathering and training.

In a press briefing in Cagayan de Oro on Sunday, Defense Secretary Delfin Lorenzana said the deployment of the P3 Orion surveillance plane by US military advisers stationed in Zamboanga City has been going on even before fighting in Marawi erupted last May 23.

Lorenzana said military advisers based in the military’s Western Mindanao Command (Westmincom) in Zamboanga City have been providing training to Filipino soldiers, and for the past weeks gave some pieces of equipment to the Philippine Marines involved in the operation to flush out Islamist Maute and Abu Sayyaf gunmen in Marawi.

Lorenzana said the US unmanned aerial vehicle (UAV) which has infrared, advanced optics and thermal imaging capabilities, among others, could be remotely controlled anywhere in the country, but US personnel manning the surveillance aircraft could move their bases in cities near to Marawi like Cagayan de Oro and Iligan to “bring them closer to action for them to advise better.”

“It does not alter the fact that they have been providing us with intelligence, surveillance and reconnaissance (ISR) information to the troops,” Lorenzana said.

“The Americans assist us on the technical aspect. For example, if we want maps that are highly elaborate, we can ask from them. But in operational matters, we’re the ones doing these, no Americans involved,” Galvez said.

He said US troops have assisted in training one recon company of the Philippine military.