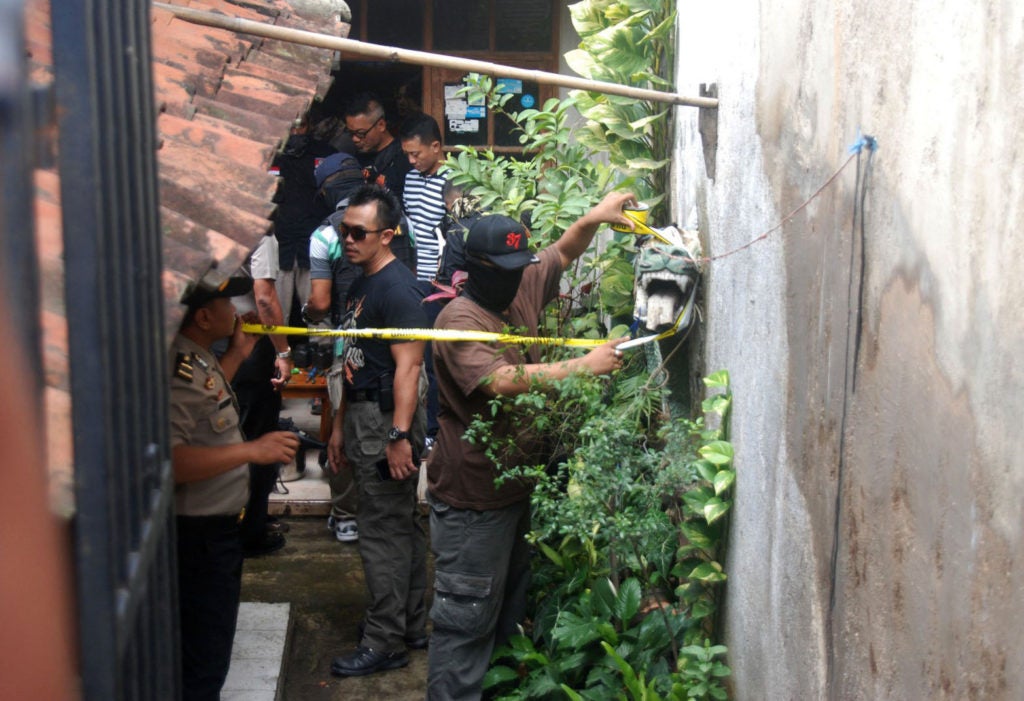 JAKARTA, Indonesia — Indonesian police said Thursday they have arrested a man on suspicion of helping Indonesians to join Islamic militants who overran a city in the southern Philippines and two others who allegedly helped inspire a double suicide bombing in Jakarta.

National police spokesman Martinus Sitompul said a man arrested Tuesday in the city of Yogyakarta in Central Java is suspected of facilitating Indonesians to travel to Mindanao where they joined Islamic State group-affiliated militants who still occupy parts of Marawi more than two weeks after their initial attack.

Police only gave the man’s initials and said four of those he helped are currently sought by Philippine authorities.

West Java police spokesman Yusri Yunus said two other men were captured Wednesday in the city of Bandung on suspicion of involvement in suicide bombings on May 24 that killed three policemen and the two suicide bombers.

The audacious attack on Marawi, and the participation of foreign fighters, have been a wakeup call for Southeast Asian governments about the potential of the southern Philippine region to become a magnet for Islamic State group sympathizers as it loses territory it controlled in Syria and Iraq.

The militants in Marawi are believed by Philippine authorities to still be holding a Catholic priest and many other hostages.

The Philippine military says those killed since the fighting broke out on May 23 include 20 civilians, 134 militants and 39 government troops. More than 1,500 civilians have been rescued./rga

Read Next
Pinoy maid’s suicide was a case of fatal prank, says coroner
EDITORS' PICK
When skincare meets makeup: Introducing the BYS Cosmetics Full Coverage line
World ‘not ready,’ WHO exec warns as virus surges in more countries
Last mile: Honda workers fight for a dignified ending
Duterte to ABS-CBN: Apology accepted but franchise up to House
Mallorca City: Home of Cavite’s finest industrial hub
Here’s How Protein and Calcium Deficiency Can Affect Your Kid’s Health
MOST READ
WATCH: Scarlet Snow helps out Sarah, Matteo with ‘husband and wife duties’
BREAK: Velasco promising budget, chairmanship to congressmen – Cayetano
If PH can’t be self-reliant, choose: Be a US territory or China’s province – Duterte
Duterte to ABS-CBN: Apology accepted but franchise up to House
Don't miss out on the latest news and information.