The Philippine Marines received new counterterrorism weapons and equipment from the United States on Monday, a boost to its operations in Mindanao especially on the ongoing conflict in Marawi City.

The weapons and equipment donated by the US include 300 M4 carbines, 200 Glock 21 pistols, 4 M134D Gatling-style machine guns, and 100 M203 grenade launchers, as part of the US government’s Counterterrorism Train and Equipment Program.

Marines chief Maj. Gen. Emmanuel Salamat said some of these donated equipment will be used by the troops operating in Marawi City.

“We will give this to our troops. Our priority is in Marawi,” he told reporters after accepting the weapons in the transfer ceremony. 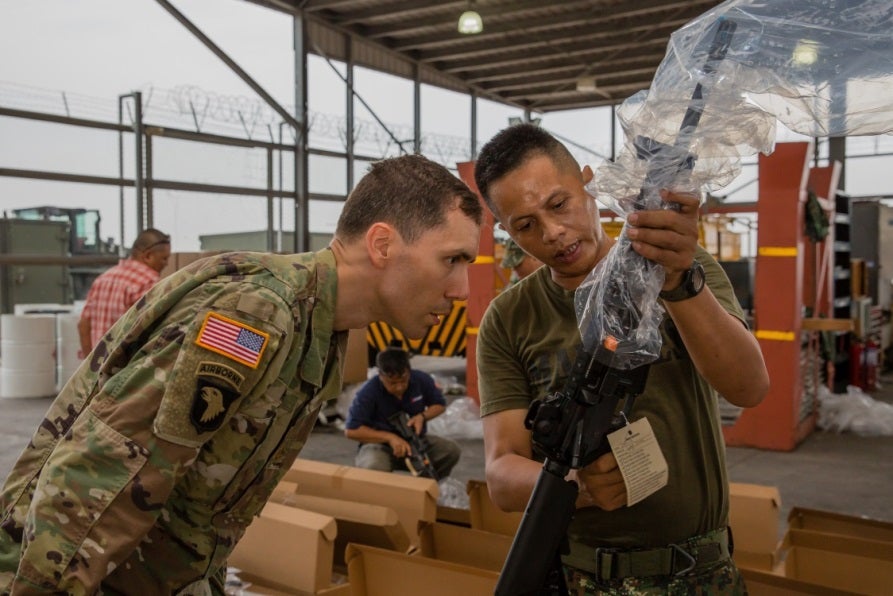 PHOTO FROM US EMBASSY

The US government has allocated P15 billion grant funding, including funding and training, to the Philippine military over the last five years.

The Joint US Military Assistance Group has delivered and programmed P7.3 billion of military equipment to the Philippine Marines and other branches of the military.