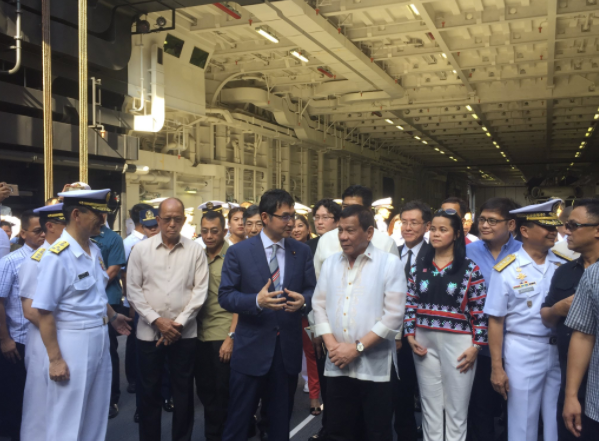 This is the first time that helicopter carrier JS Izumo, Japan’s biggest warship since World War II, visited the Philippines.

Duterte was given arrival honors before they proceeded to the flight deck. Rear Admiral Yoshihiro Goka, commander of Escort Flotilla One, gave the President a briefing. 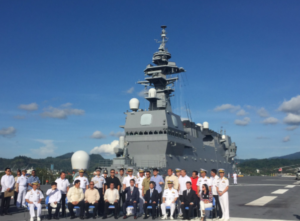 “I’m very happy to visit this ship. I was told I am the first head of state to board this ship,” he told reporters after the tour and a short closed-door meeting with Japanese officials.

He was all praises for the warship, which was only commissioned in 2015. There are only two Izumo-class ships in the Japanese fleet.

“It’s a new one. It’s impressive and it’s used for humanitarian and war reasons. It’s state of the art and very equipped,” Duterte said.

Duterte canceled his scheduled visit to Japan this week due to the ongoing crisis in Marawi City that has reached almost two weeks. It has killed nearly 200 people and evacuated thousands of residents.

Both countries were supposed to tackle regional security issues, including the South China Sea.

It would have been his second time to visit Japan as President. The first time was in October last year. JE/RGA