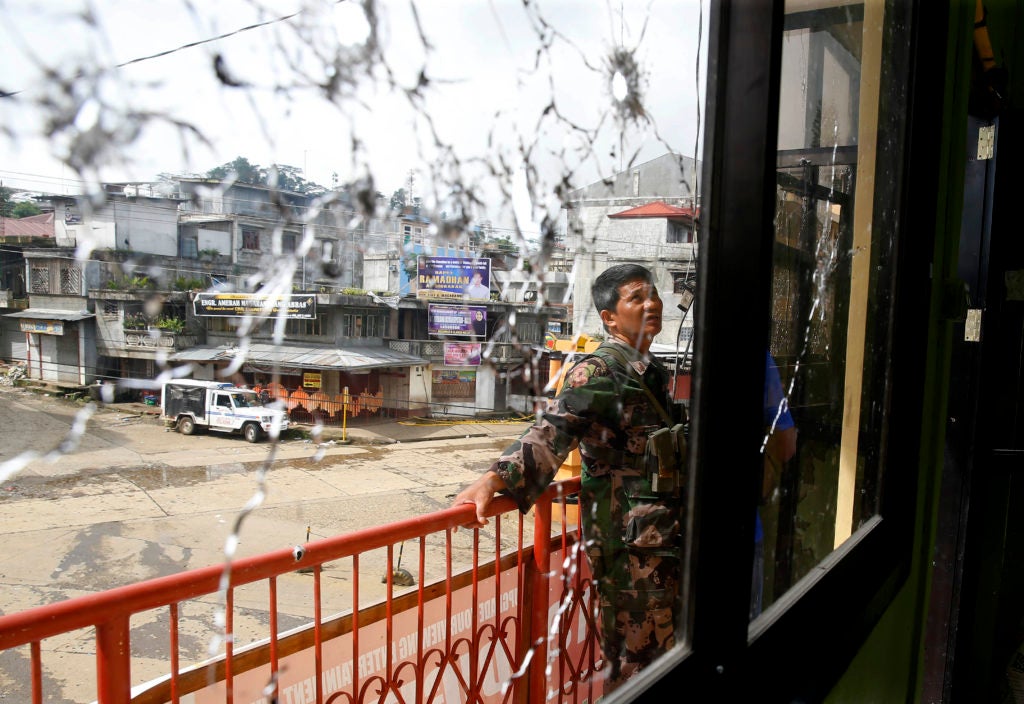 A policeman looks at the glass window marked with bullet holes and cracks in a building at the site of an earlier gun battle between government forces and Muslim militants in Marawi Monday, May 29, 2017. AP

Armed Forces chief Gen. Eduardo Año reportedly said on Tuesday that three Malaysians, an Indonesian and possibly Arab extremists had been killed in Marawi since Islamists tried to take over the predominantly Muslim city last week.

The Associated Press quoted Año as saying that the military had made advances in containing the weeklong siege of Marawi. He said a top Filipino militant was believed to have been killed and the leader of the attack was wounded in the fighting.

According to Año, the extremists plotted to set Marawi ablaze and kill as many Christians in nearby Iligan city on Ramadan to mimic the violence seen by the world in Syria and Iraq. CBB/rga