Foreign terrorists were among those killed in the ongoing gun battle in Marawi City, as the death toll increased to 46, Brig. Gen. Restituto Padilla, spokesman of the Armed Forces of the Philippinens (AFP) said on Friday.

In a televised news briefing in Davao City, Padilla said the AFP got reports that some of those fighters killed by government troops included Malaysian and Indonesian fighters.

He said that they were checking information that six of the 31 Maute Group members killed were Malaysians, Indonesians, and one other nationality he could not immediately say. 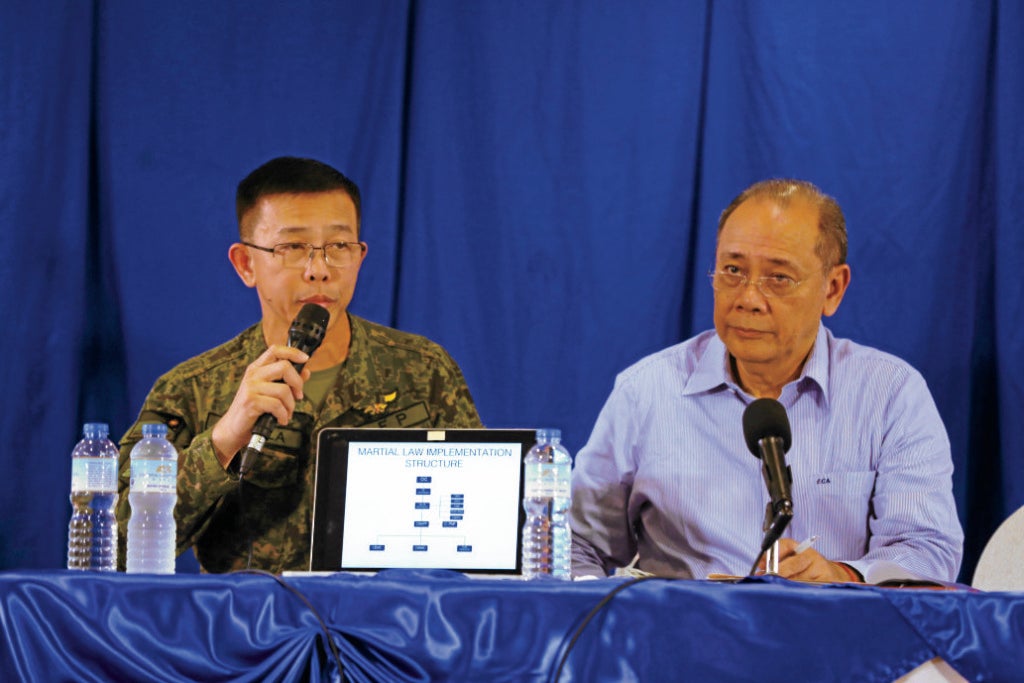 Armed Forces of the Philippines Spokesperson Brigadier General Restituto Padilla Jr. reveals the AFP have been launching surgical airstrikes against the Maute Group. He assured, however, the AFP is taking every precaution to avoid collateral damage to civilians and private properties. Padilla made the revelation on May 26, 2017 in a press briefing at the Royal Mandaya Hotel in Davao City. PRESIDENTIAL PHOTO

Padilla said that foreign terrorists had been in the country for a long time and had been aiding the local terrorists in bomb-making.

The fighting that started from a raid to arrest Abu Sayyaf top leader Isnilon Hapilon on Tuesday afternoon has turned into an urban warfare, as they torched buildings, took over facilities, and held hostages.

President Rodrigo Duterte also declared martial law in the entire Mindanao on that same day. The ongoing fighting has led to the evacuation of thousands of residents.

The military said 31 terrorists have been killed since the gun battle started, while 13 government forces were killed and 39 were wounded. IDL/rga 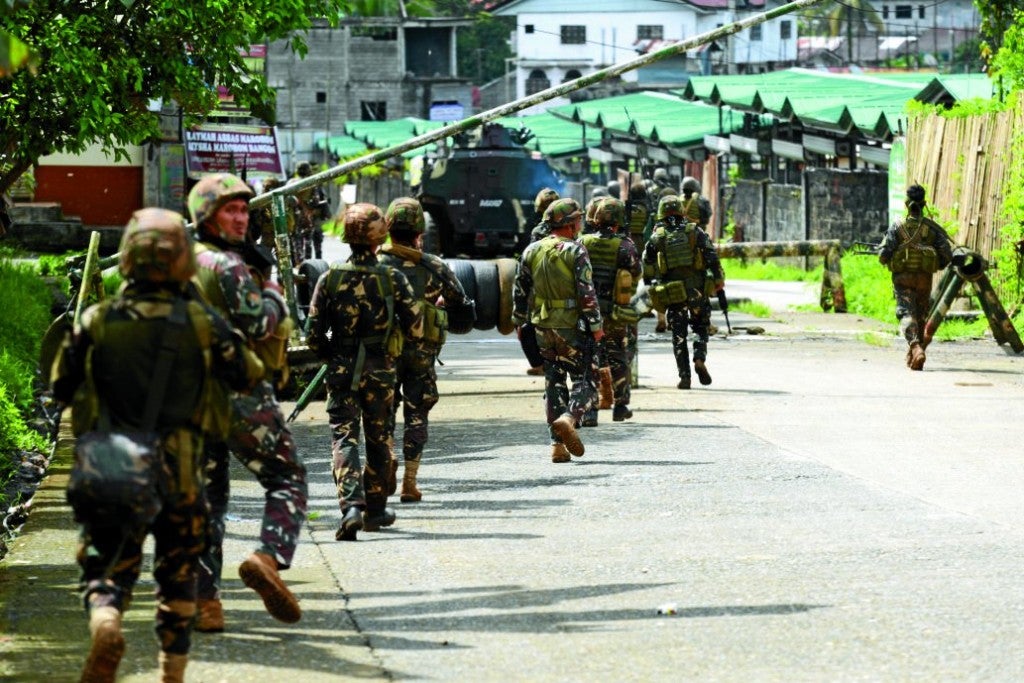 Soldiers are seen at the height of ground and air assault Wednesday against members of ISIS-inspired militants in Marawi City. JEOFFREY MAITEM/INQUIRER MINDANAO