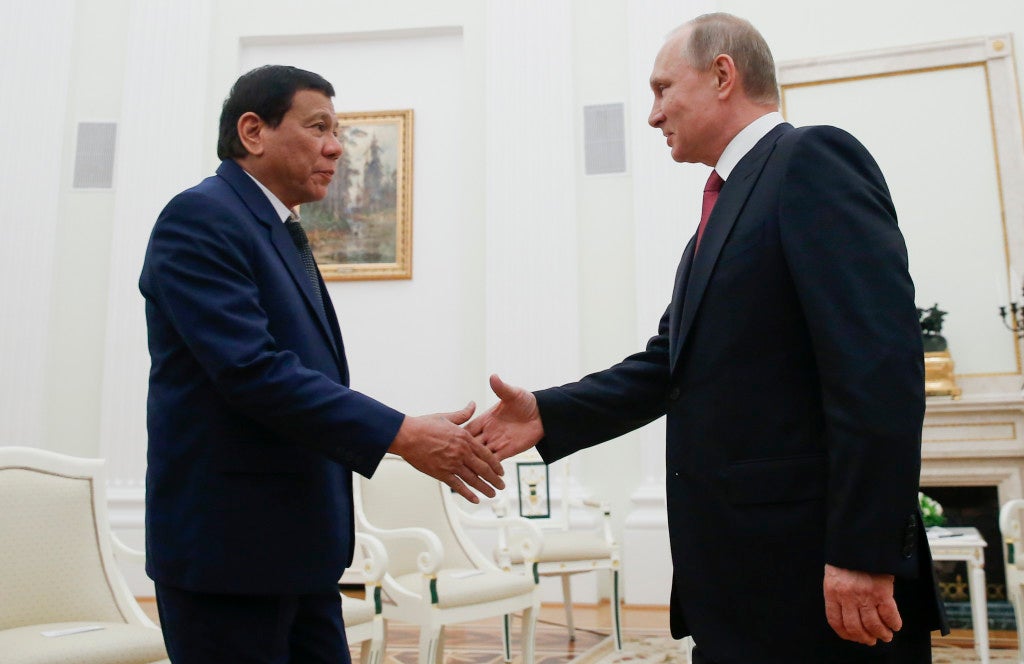 “I have to express our condolences as a matter of fact, loss of lives of your people happened because of a horrible terrorist attack. And my colleagues and myself definitely understand quite well that you do have to come back to return to your motherland,” he was quoted saying by the Presidential News Desk.

Duterte was supposed to be in Moscow for a couple of days but had to cut his trip short after clashes between the government and rebels erupted in Marawi. While in Russia, Duterte declared martial law in Mindanao amid reports of buildings being razed and civilians taken as hostage. The government claimed that it is in full control of the affected area.

“I’m so happy to see you in Moscow,” Putin was quoted saying. “And let me express hope that the conflict that you have just mentioned will be resolved as soon as possible and with minimal losses and casualties.”

Duterte, on the other hand, apologized for leaving so soon.

“Please consider us as a good friend. I came to visit your place and it’s to establish stronger bilateral relations,” he said. “I [came] to seek your friendship and to establish trade and commerce with your country.”

Putin assured Duterte that the Russian and Philippine teams will be signing bilateral documents.

“Your ministers as far as I know, are staying and tomorrow the package aiming at the development of bilateral ties will be signed and inked,” Putin said. JE