Mayor Duterte: "We advise those from outside Davao that if they don’t have important business, not to come.",
By: Nico Alconaba - Bureau Chief / @inqmindanao
Philippine Daily Inquirer / 02:25 AM May 24, 2017 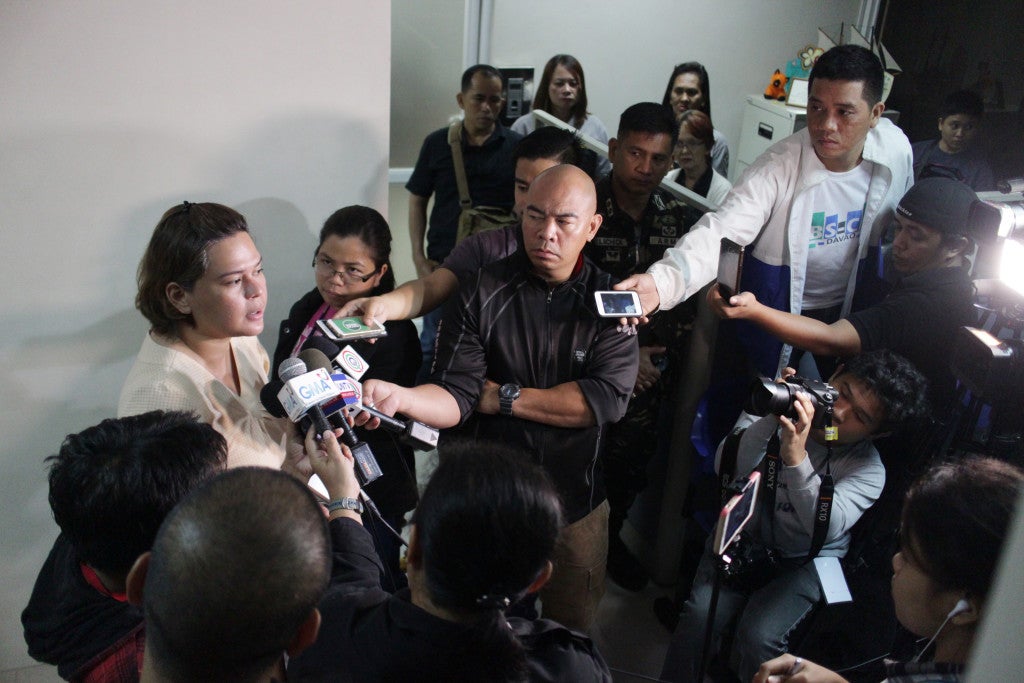 The President’s daughter, in a press briefing held after a meeting with police and military officers Tuesday midnight, said those visiting the city should expect “a more extensive and thorough search.” The declaration took effect on Tuesday night.

“We advise those from outside Davao that if they don’t have important business, not to come kay ma-hassle ra sila [because of the hassle],” she said.

She said the security measures authorities were preparing were for threats coming from within and outside the city.

The mayor also called on residents to “use prudence in planning your daily activities.”

“My suggestion is if you do not have any important things to do outside of your residences, you just stay home,” she said.