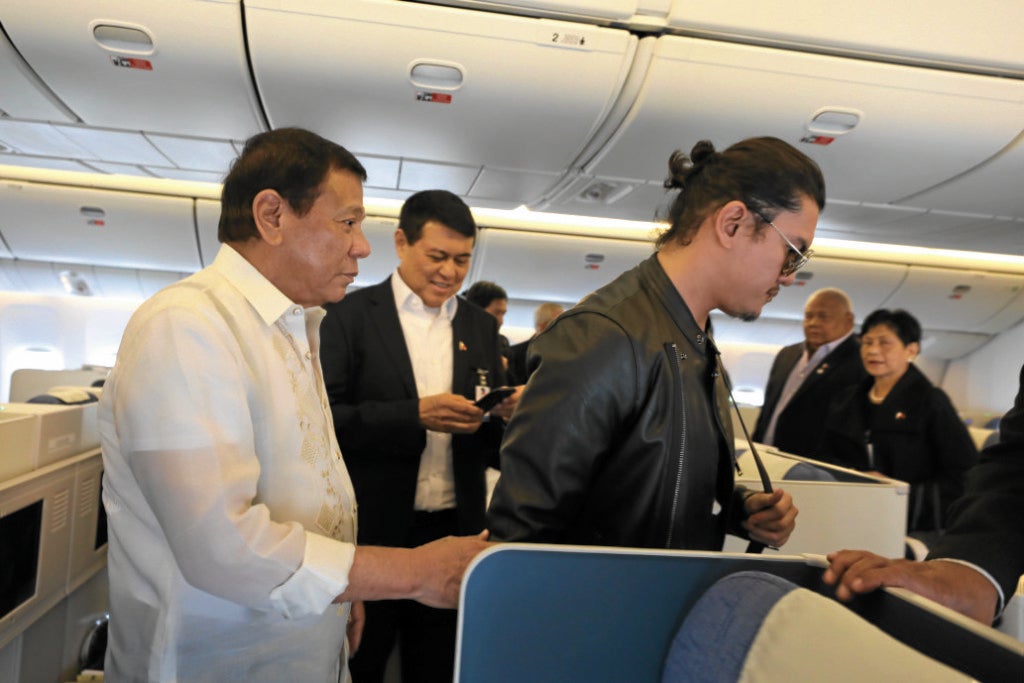 Also accompanying the President are his partner Honeylet Avanceña and their daughter Veronica or Kitty.

Sebastian, the sporty, tattooed son of the President who is now a TV travel show host, has been at the end of public ribbing from his father.

Mr. Duterte had teased Sebastian about the women in his life and once jokingly said he wished his youngest son had joined the Philippine Military Academy so that he could have been beaten up there.

The President, during one speech, also took the opportunity to ask his son to go home and see his children.

The President arrived in Moscow late Monday (early Tuesday in Manila) for a four-day official visit.

He was welcomed at the Vnukovo Airport-2 by Russian Ambassador to the Philippines Igor Khoavaev and Deputy Foreign Minister Igor Vladimirovich Morgulov.

While in Moscow, the President will meet with Russian President Vladimir Putin and Prime Minister Dmitry Medvedev in an effort to invigorate the modest ties between the two countries.