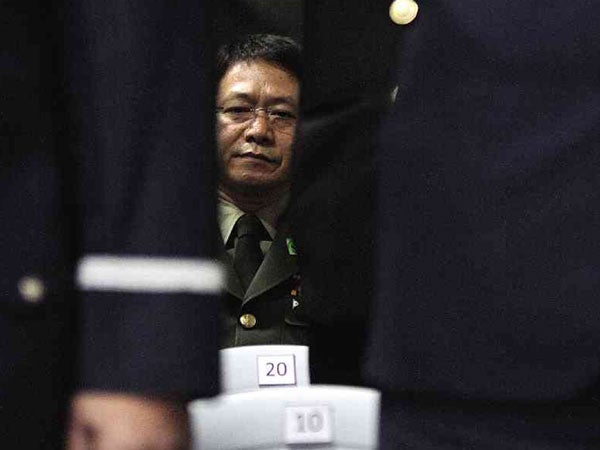 MANILA — The top military officials of the Association of Southeast Asian Nations (Asean) agreed during a meeting in Manila to forge stronger ties to fight terrorism, a military spokesman said on Sunday.

“The threats of terrorism, particularly the spread of ISIS-inspired extremism; maritime security concerns, and onslaught of disasters and calamities became the focus of the meeting and these inspired the mutual agreement to forge stronger partnerships,” Arevalo said.

He said the military chiefs also reaffirmed the move to formalize the ACDFIM to “counter the spread of violent ideologies” and “create a coordinated response to non-traditional threats like disaster.”

AFP Chief of Staff General Eduardo Año, the chair of this year’s ACDFIM, called for the enhanced cooperation among the Asean militaries for a more secure and stable region.

During the plenary session on May 18, Año stressed the importance of securing Asean as a whole given its economic leverage and potential.

“Asean has become a rising global economic force due to its strategic location and economic activity. It has abundant resources, a more integrated market, and a large combined GDP from its members,” Año said.

“By providing security to our respective nations, we create a better environment for growth and prosperity,” he said.

“And through purposive security cooperation, we actually help to secure and sustain our region’s economic gains. We all know that a secure Asean is a progressive Asean,” he added.

The Philippines, Indonesia, and Malaysia have an existing trilateral agreement to combat trans-border crimes, terrorism, piracy, and other militant activities in the Sulu-Sulawesi-Celebes Sea.

“This partnership with neighbors will negate the threats and shows that strong military cooperation is important in aligning our security requirements and initiatives,” Año said.

The AFP chief also introduced the Development Support and Security Plan “Kapayapaan,” as the AFP’s approach to attain national well-being through interplay of good governance, security, and development.

“With this intensified holistic approach, we have made a lot of headway in our fight against terrorism,” Año said.

“Efforts with the help of local leaders and the populace have significantly crippled the operations of ISIS-linked terrorist groups,” he added.

The ACDFIM was attended by the ten military chiefs from the ASEAN member states and is slated to be held next year in Singapore.