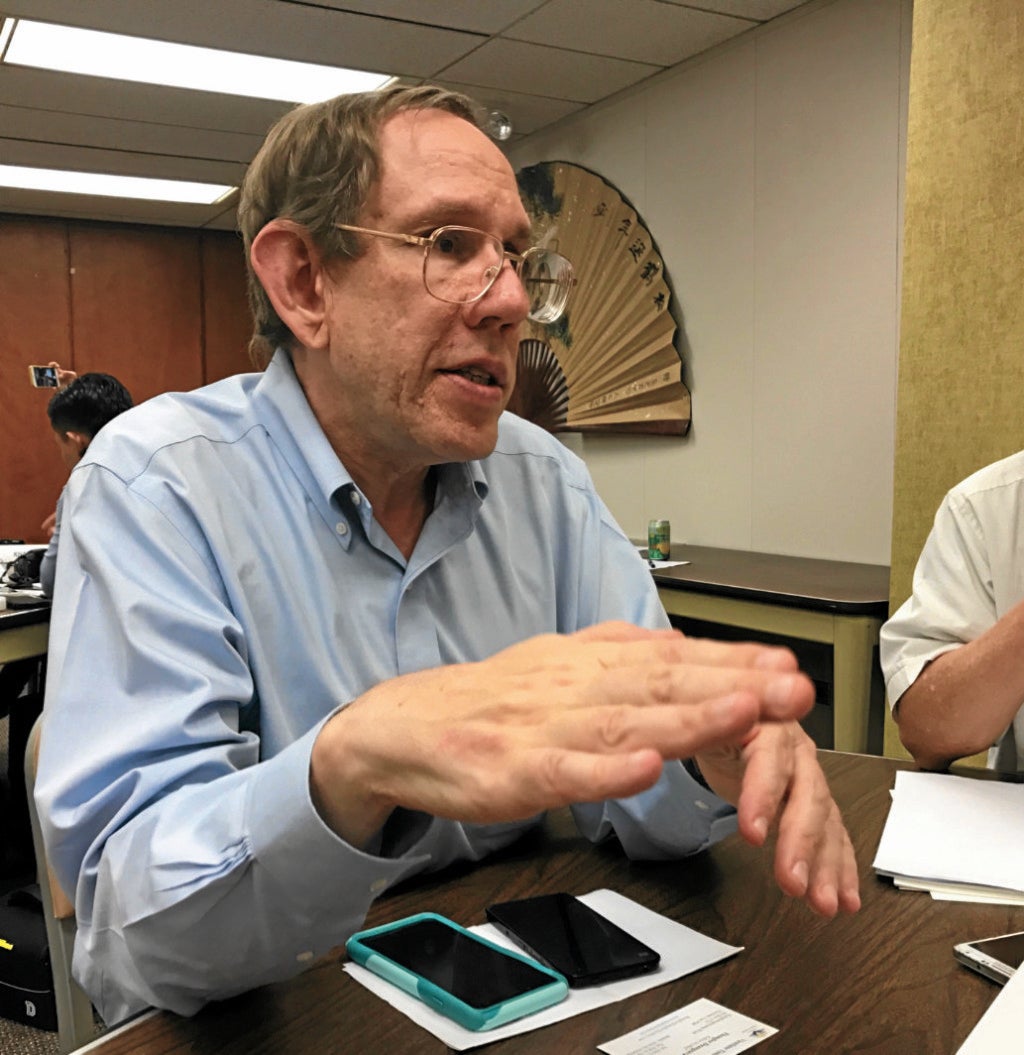 HONOLULU/TOKYO — Asia analysts have warned that by accepting aid from and improving trade with China, the Philippines could weaken its maritime claims in the South China Sea and undermine a multilateral approach to resolving the territorial dispute.

In recent interviews with Southeast Asian journalists, they also said Beijing could blunt any intervention by the United States in the territorial row with threats to stop cooperating with Washington in the standoff with North Korea over Pyongyang’s nuclear weapons program.

The dispute over the Spratlys and other islands, reefs and atolls in the South China Sea also involve other claimants—Vietnam, Taiwan, Brunei and Malaysia.

The Philippines, Vietnam, Brunei and Malaysia belong to the 10-member Association of Southeast Asian Nations (Asean), which has called for a peaceful resolution of the overlapping claims.

Professor Eric Harwit of the Asian Studies Program of the University of Hawaii said that in receiving favorable trade terms from China, Manila could be seen to be “doing a very quick 180-degree turn on their claims to those islands” in exchange for short-term benefits like more fishing rights.

“China likes to see a united Asean for other issues like trade, but for those kind of strategic issues like control of the South China Sea … China would rather work bilaterally and not see a united front,” Harwit said.

The Philippine government proudly cited $1 billion in development aid pledges from China after last week’s “Belt and Road” summit initiated by Beijing to expand its trade and infrastructure investments across Asia, Africa and Europe.

In contrast, President Duterte rejected $280 million in aid from the European Union because it allegedly included conditions that allowed the EU to interfere in the country’s internal affairs.

Harwit also said Mr. Duterte “seemed to have since abdicated” his predecessor’s earlier claim to the disputed territories and last year’s ruling by an international arbitral tribunal nullifying China’s vast claims to the South China Sea.

He said Manila’s actions could set a precedent for how China would deal with its territorial rivals.

“So China might say, ‘Okay, look, the Philippines is going along with what we want, how about you, Vietnam, why don’t you do the same thing as the Philippines?’” Harwit said.

Harwit said China was also trying to get support “in one way or another” from its Asean allies like Myanmar, which does not have any interest in the South China Sea, and Cambodia, which benefits from lots of Chinese investments.

China’s way of getting such support has worried Prof. Narushige Michishita of the National Graduate Institute for Policy Studies in Tokyo.

He said Japan, China’s rival over some islands in the East China Sea, saw China using its aid to get other countries in the region “to turn a blind eye” to Chinese activities in the South China Sea.

“That’s the problem,” he said.

Harwit said the South China Sea dispute was not yet a priority for US President Donald Trump, who saw the tension on the Korean peninsula as the more urgent crisis in Asia.

Denny Roy, a research fellow at the East-West Center in Hawaii, agreed that the Trump administration preferred to “keep a low profile on American disappointment with the South China Sea for now.”/rga