American nabbed after checking in with 2 teen sisters at hotel 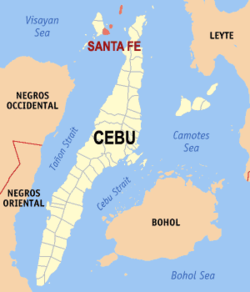 Jason Stone, a retiree of the United States Navy from Oregon, was detained at the police station in Sta. Fe pending filing of charges.

The two sisters – aged 14 and 16 – were under the custody of the local Department of Social Welfare and Development.

Stone checked-in at a beach resort in Sta. Fe around 11 p.m. on Wednesday with two young girls .

One of the staff became suspicious and immediately reported him to the police.

The girls are siblings from Barangay Maño in San Remigio, north of Cebu, according to a statement issued by SPO2 Sheila Illustrisimo of the Women and Children Protection Desk of the Santa Fe Police Station. Illustrisimo led a team of policemen and social welfare personnel to the resort to check on the report.

The American was then arrested after police were able to establish that the two girls and Stone had no relation either by consanguinity or affinity.  SFM/rga