Gov’t eyes naval base in Casiguran to protect Benham Rise 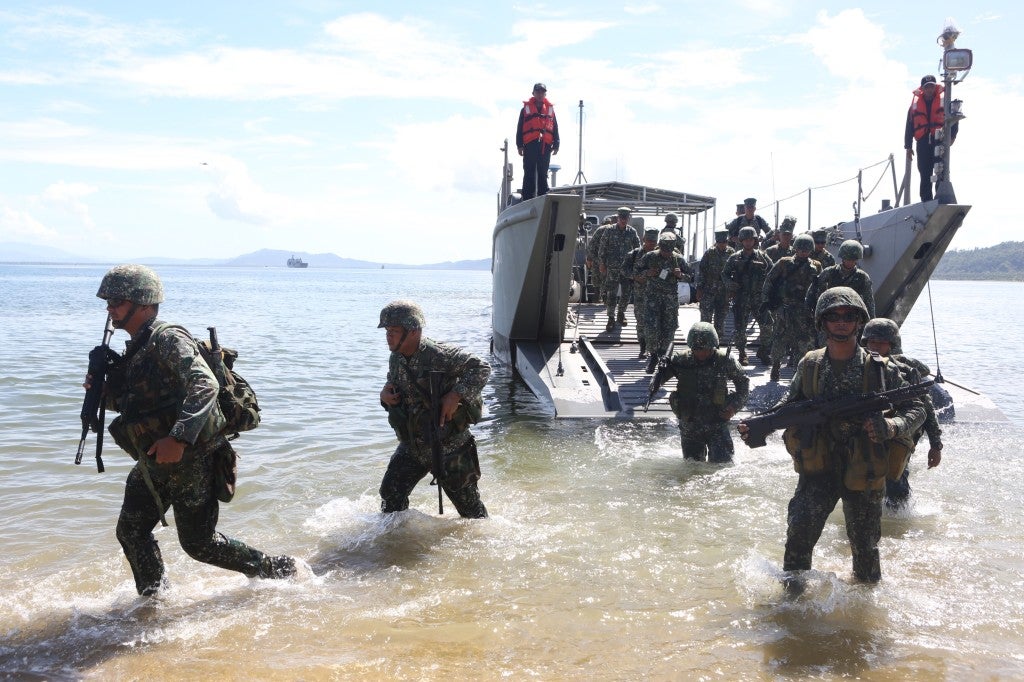 Armed Forces of the Philippines and United States Marines conduct civil military activities from the sea during the Balikatan exercises in Casiguran, Aurora province, May 15, 2017. Casiguran is being eyed as a site of a naval base which will secure Benham Rise.
INQUIRER FILE PHOTO / NIÑO JESUS ORBETA

The construction of a naval base in Casiguran, Aurora is in the planning stages to keep an eye on the vast waters of Benham Rise, located off the Philippines’ east coast.

The town of Casiguran, often in the path of typhoons that strike the Philippines, was an ideal venue for the Philippine-American joint drills on Monday that focused on humanitarian assistance and disaster relief. But officials also saw it as a potential spot where they could monitor Benham Rise being a close land area to it. It already has an airstrip and a port.

“We are considering to develop the area para naman meron closer look sa lugar na ito (so that we will have a closer look to this place),” said Defense Undersecretary Cesar Yano on the sidelines of the joint drills.

In March, Defense Secretary Delfin Lorenzana revealed that Chinese research vessels were plying the Benham Rise for as long as three months last year, prompting the government to increase their patrols there.

The United Nations granted the Philippines’ claim to Benham Rise as an extension of the country’s continental shelf in 2012. The undersea region and biodiversity hotspot located east of Luzon in the Pacific Ocean is not part of China’s nine-dash line claim in the South China Sea, but they also seemed to be interested in it. China claims the issue has been “hyped up.”

Military spokesperson Brig. Gen. Restituto Padilla said that there are plans to construct more naval stations even without the Benham Rise controversy.

(The Navy already has a plan to expand in areas near Benham to beef up our watch on our waters.)

He said a naval base in Casiguran would also allow the ships in the area not to go back to Subic or La Union anymore for refueling.

According to the Philippine Navy, there are no naval bases in the country’s eastern seaboards. They only have detachments set up in Isabela and another in Southern Luzon. Sta. Ana in Cagayan located in Northern Luzon is the only naval base facing the east. IDL/rga