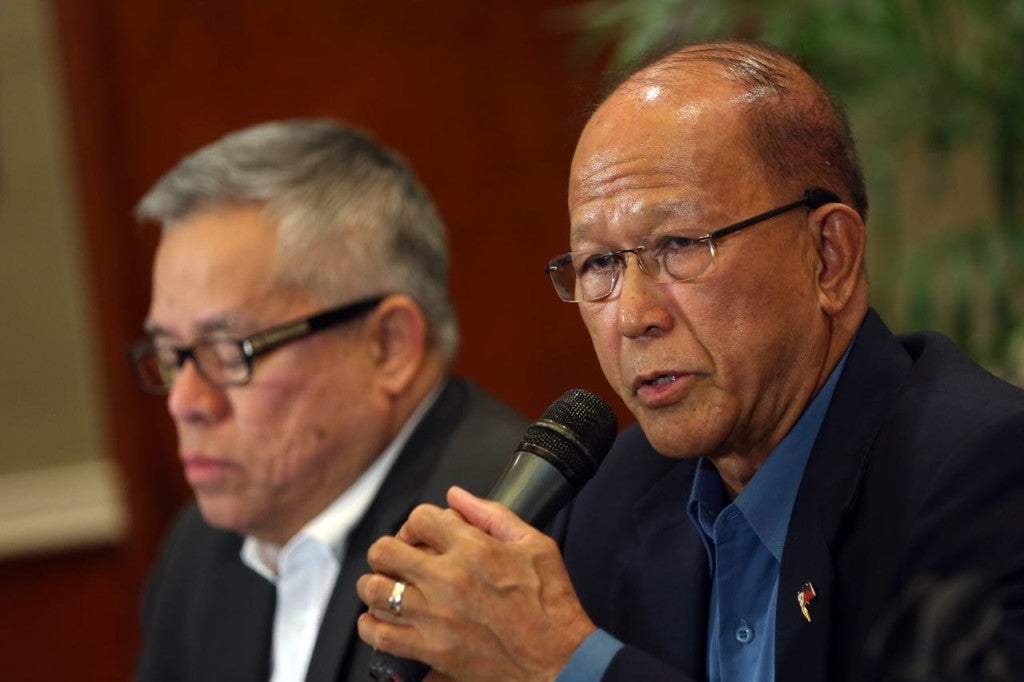 BEIJING—A letter of intent is set to be signed on Monday between the Philippine government and China’s state-owned arms exporter for the purchase of defense equipment, Defense Secretary Delfin Lorenzana has said.

“We will be signing (on May 15) a document of intent only. It’s not yet a document. It’s just a letter of intent to deal with them,” Lorenzana told reporters in a late night press briefing here on Sunday.

He said the letter of intent was discussed during the courtesy call of officials from Poly Technologies Incorporated with President Rodrigo Duterte on Sunday. Duterte is here for the two-day One Belt, One Road Forum.

Poly Technologies, he said, offers a “wide array of defense equipment,” being one of China’s largest arm exporters.

“It’s not yet a document. It’s a letter of intent to deal with them because they’re offering us a lot, a wide array of defense equipment,” he said.

He said included in his purchase wish list were airplanes, drones, fast boats. But he said Duterte had ordered him to ask first the military, air force, and navy about the defense assets they need.

Lorenzana said China has offered a $500-million loan for the purchase of defense equipment but he said the government would spend first the funds allotted for the Armed Forces of the Philippines (AFP) modernization program before accepting the offer.

“If we still have money, we will buy with our money. When we run out, that’s when we dip into their loan,” he said.

He said the government would send a technical working group here to look into the defense equipment of Poly Technologies.

“This is an intent and we are going to send here (from) the Philippines a technical working group to look at the equipment and see what we need. And after that, we’ll go from there.” he said.

The letter of intent, he clarified, was not yet binding as the government could look into other supplier of defense assets.

“We are not saying that we will buy from them or we will not buy from them but if we need anything from the Chinese defense industry then we’re going to procure using the loan that they are going to offer to us,” he said. IDL/rga