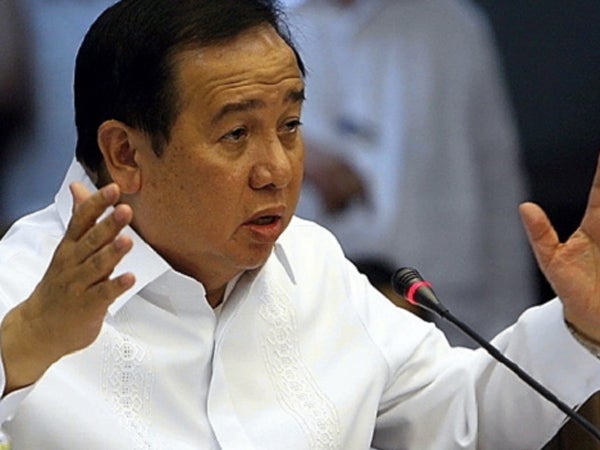 The man President Rodrigo Duterte had described in a joke as the next president of the Philippines advised the Duterte administration to listen to calls made by UN member states for the Philippine government to stop its push for the restoration of death penalty.

Sen. Richard Gordon, a Duterte ally, said he believed Malacañang would find time to listen to the UN appeals against death penalty.

Gordon, described in a joke during a speech by Mr. Duterte as the next Philippine president, said it would be “hard to ignore” the UN appeals.

Most countries, he said, “tie restrictions or cancel aid if you have death penalty.”

Delegates of many UN member states called on the Philippine government to stop the push for death penalty restoration.

They made the appeal after a 16-member Philippine delegation, featuring newly designated Foreign Secretary Alan Peter Cayetano, presented the human rights record of the Duterte administration at the United Nations.

Cayetano said the delegation would present the UN appeals against death penalty to leaders of Congress.

The House, in December, passed a version of the death penalty bill. Another version is pending at the Senate in the justice committee chaired by Gordon. The committee had held one hearing on the bill.

Gordon told reporters that Sen. Manny Pacquiao, a leading proponent of death penalty restoration, had sought another hearing but Gordon had second thoughts because Pacquiao would be busy soon preparing for another boxing match.

Gordon said his committee could set another hearing in July, by which time the Department of Justice could have already issued a legal opinion on whether the Philippines had ratified an international treaty that keeps the government from restoring death penalty.

Senators have conflicting opinions on whether the death penalty measure would pass the Senate.

Sen. Francis Escudero said that contrary to Sen. Franklin Drilon’s assessment, he believed the measure would pass the Senate.

Escudero, who is also against restoring the death penalty, said in a forum that based on his count, the measure stands a chance of approval if it imposed state execution as punishment only for drug-related crimes.

He also cited a warning given him by European Union ambassadors that their countries would remove preferential tariff rates for the Philippines if death penalty was restored.