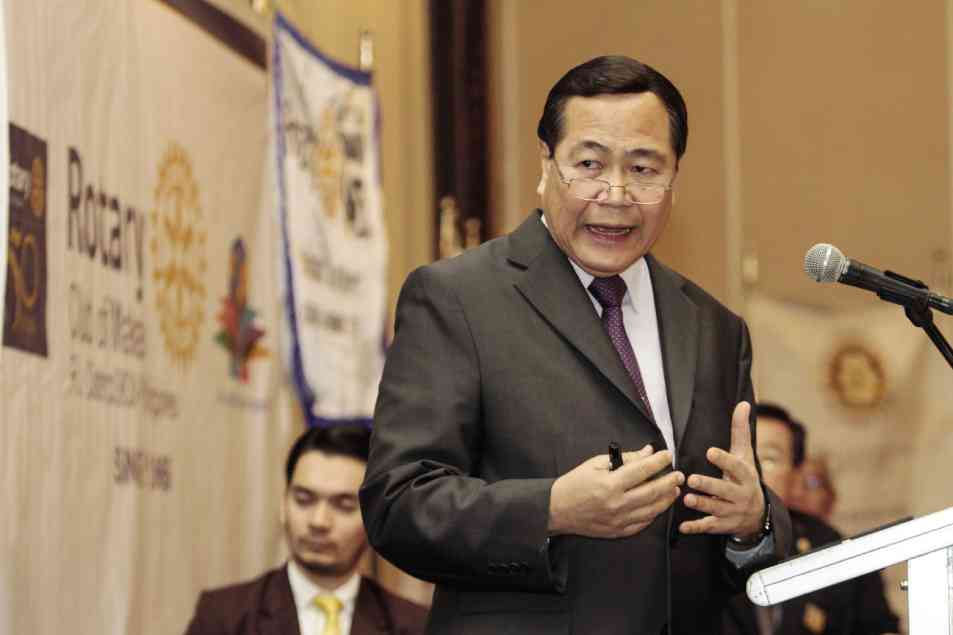 The Philippines cannot yet forge a visiting forces agreement (VFA) with China because of the dispute over the West Philippine Sea, Supreme Court Associate Justice Antonio Carpio said on Wednesday.

“It’s difficult to have a VFA with a country that’s claiming your territory and your maritime zones,” Carpio told reporters at the sidelines of the Philippine Navy’s Maritime Security Symposium 2017 at the Diamond Hotel in Manila.

“Normal relations can continue but there are other matters that we cannot do, like we cannot have a visiting forces agreement with them,” Carpio said.

Carpio also pushed the inclusion of the historic arbitral ruling that invalidated China’s claim over the West Philippine Sea in the next Association of Southeast Asian Nations  (Asean) leaders’ summit in November.

Carpio, who helped argue the Philippines’ case at the Permanent Court of Arbitration at The Hague, said mentioning the ruling in the summit’s final statement would be a “pressure point” for China.

“If all the countries of Asean can agree to put it in the statement, that will have a persuasive force to convince China to comply with the ruling,” Carpio said.

“It’s up to us to press for compliance with the ruling and we should look at this from a long-term perspective. This will not be resolved, not even in the next five years. This will be an intergenerational struggle. We will have to take the long view,” he added.

Carpio lamented that the final statement of last month’s Asean summit was “watered down” and challenged the government to have the arbitral ruling included in the next summit.

Carpio said the world’s naval powers are already enforcing the arbitral ruling’s affirmation of freedom of navigation in the West Philippine Sea.

“The naval powers of the world will enforce that part of the ruling and they’re enforcing it now. Japan sent its biggest warship to assert freedom of navigation,” he said.

“The British also sent Tornado, Typhoon fighter jets through South China Sea so it’s being asserted by the world powers,” he said, adding that China can also use the South China Sea.