Expert: US efforts to work with China over N. Korean issues ‘promising’ 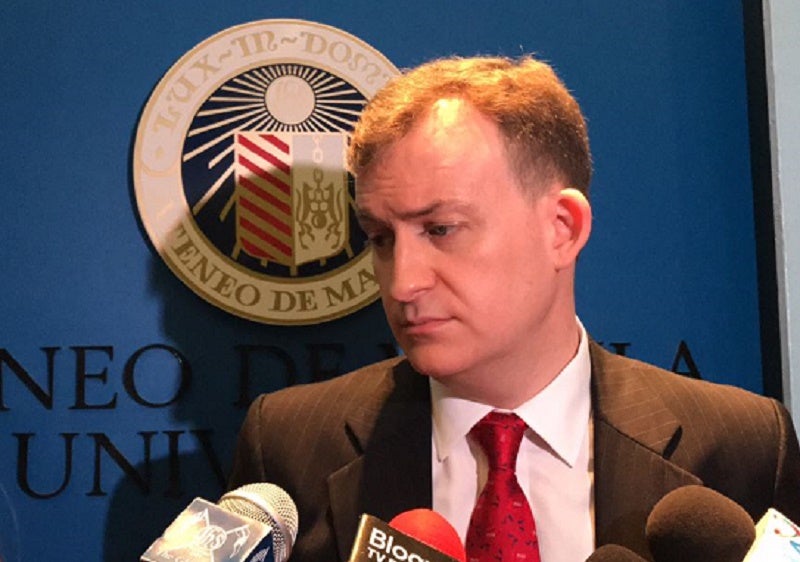 A Northeast Asia security expert called as “promising” efforts by the US government’ to work with China over issues with the totalitarian regime of North Korea.

Dr. Robert Kelly, a political science professor from Pusan National University in South Korea, made the statement last Friday, during a special lecture on regional security and the South Korean political crisis at the Ateneo de Manila University.

Kelly made his statement as as the United States was moving to impose new sanctions on North Korea, with the overwhelming approval of its House of Representatives,

Kelly also stressed that China should strictly enforce the sanctions imposed by the United Nations Security Council on North Korea, which the Sino government also voted for.

In particular, he highlighted the resources that continued to flow from Beijing to Pyongyang, despite supposed restrictions on goods entering North Korea.

“You have to cut off the flow of resources into North Korea,” Kelly said

Kelly, who had already visited Pyongyang, recalled seeing North Koreans “walk straight” from duty-free shops in Beijing with “huge bags of Godiva chocolate, liquor and cigarettes” to Air Koryo, which flies directly to Pyongyang – only around 2 hours away.

He stressed that these goods would never get into the hands of regular North Koreans, but only of its elite.

“It’s true that China does not have direct political leverage [over Kim Jong-un],” he said “But they have a lot of oblique economic leverage.”

He further explained that pulling the plug on goods would force the North Korean elites to “fight over” the available resources. In turn, this may plunge the state into “regime crisis.”

Under Kim, North Korea has defiantly ignored the sanctions imposed by UN Security Council, as it continued its nuclear program and test-launches of its ballistic missiles.

US President Donald Trump has been urging China to exert pressure on North Korea to abandon its nuclear weapons.

But strained relations also began to show between Pyongyang and Beijing, its lone ally, as the Korean Central News Agency, a state-run news outfit, blasted the criticism of Chinese newspapers over its missile program.

In a rare move, a stinging commentary penned by a certain Kim Chol explicitly called out China for hitting its nuclear affairs.

“China should no longer try to test the limits of the DPRK’s patience,” the commentary read, referring to the North’s official name, Democratic People’s Republic of Korea.

“The DPRK will never beg for the maintenance of friendship with China, risking its nuclear program which is as precious as its own life, no matter how valuable the friendship is,” it continued.

Kelly said cutting off North Korea’s patronage relationship with China by enforcing the economic sanctions could help address the heightening crisis over its weapons.

“If you want to prevent Donald Trump from losing his temper and bombing North Korea, this is the real obvious way: Get the Chinese to actually do what they voted for,” he said. /atm