Panelo: Callamard’s conclusions on drug war based on hearsay 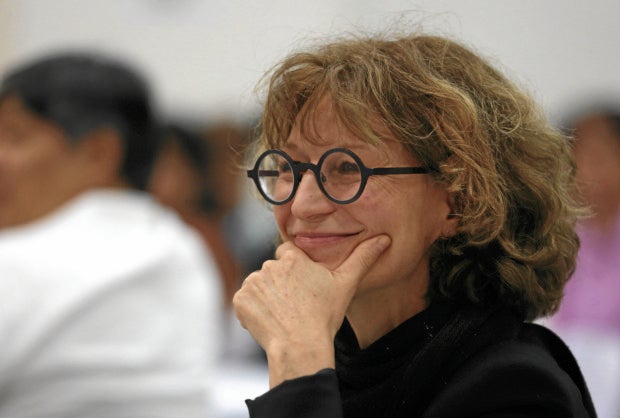 “She just cannot come here and read newspaper reports and hear the talks of some critics and watch some videos and make a conclusion that there is something wrong the way this government is doing its job,” Panelo told reporters in an interview.

In a forum at the University of the Philippines Diliman, Callamard said waging a war on drugs would not solve the problem but only makes matters worse.

She said the UN General Assembly in April 2016 recognized that “explicitly… the ‘war on drugs’ – be it community based, national or global – does not work.”

Callamard, a special papporteur on extrajudicial, summary, or arbitrary executions, has been criticizing Duterte’s brutal war on drugs and expressed concerns over the rising cases of extrajudicial killings in the country.

Panelo said Callamard made conclusions based on news reports and hearsay even without launching an investigation.

“First, how did she know that that’s the way the drug operations are being conducted? What’s the basis?” Panelo said.

The Philippine government sent an invitation to Callamard on 2016. But she never responded.

“Alangan naman pilitin siya kung ayaw niya eh (We can’t force her if she doesn’t want to),” Panelo said. “Not only that. You know, the fact alone that she already made conclusions, I don’t think she would be competent enough or objective enough to undertake any study. She already made a conclusion, on the basis of hearsay and reports and whatever.”

“She was saying she read reports. She saw some videos. And on the basis of that, she made a conclusion that the operation against the drug menace in this country is wrong,” he added. “How can she make that kind of conclusion when she only read the reports of some people and saw some videos?”

Callamard arrived in the Philippines on Thursday and attended the 30th anniversary of the Commission on Human Rights in Quezon City.

While Callamard earlier said that the terms the Philippine government presented for her visit were against their code of conduct, Panelo said it would only fair that Duterte would be able to question her conclusions. /atm