American charged for checking in at CDO motel with minor 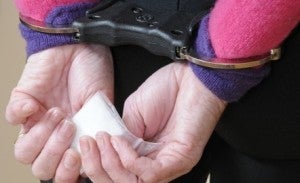 CAGAYAN DE ORO CITY – Police have filed sexual abuse charges against an American national, who was arrested inside a motel here in the company of a 13-year old girl on Labor Day.

A concerned individual informed the Divisoria police that Mallet picked up a 13-year-old female, prompting Mulat and a team of officers to respond and raid the motel room in Barangay Consolacion – where the
suspect had checked in with the minor.

Police said the girl, a native of Malaybalay City in Bukidnon, went with Mallet as she was promised payment in exchange for sex.

Mallet denied the allegations against him, saying he was deceived by the minor, who claimed she was 18 years old, Mulat said.

The suspect also told police that he had no sexual contact with the minor during their stay at the motel.

But even then, Mulat said Mallet was charged at the city prosecutor’s office.

Mulat said they also discovered that prior to his arrest, Mallet, married to a Filipino, had previously been charged with domestic violence.

She said the American and his Filipino wife appeared to have patched things up.

“We are keeping our watch and urging the people to report to the police any foreigner who may be abusing our children or violating our laws. We are not taking any chances,” Mulat said.

She said foreign nationals hanging out in beer joints in Divisoria, the city’s old business district, have been under watch by the police.  SFM