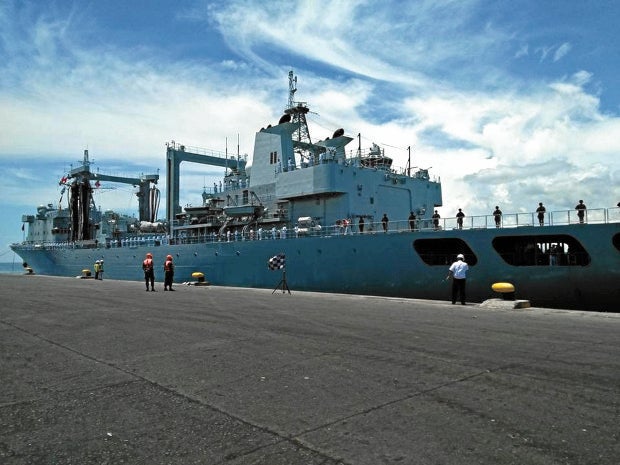 Defense and military officials welcomed on Tuesday President Rodrigo Duterte’s suggestion for the Philippines and China to hold military exercises in the Sulu Sea.

Defense Secretary Delfin Lorenzana said he was open to the idea of the President but an agreement would be needed.

“That’s perfectly fine with us, ” he told reporters. “But first we have to come up with a framework (agreement or understanding) that will determine where, what units, duration of patrol, purpose of patrol, communications between forces, etc..”

After his visit to a Chinese warship docked in Davao City on Monday, Duterte announced that he would be open to joint military exercises in the Sulu Sea.

Both countries are claimants to the West Philippine Sea. The hostile relations between the two countries improved when Duterte assumed office last year.

Lorenzana said the Department of National Defense would have to consult lawyers about the plan.

“There are lot of things to coordinate, this being the first with the Chinese,” he said. “This is important because they will be entering our territorial waters. And if their sailors will get on land there maybe a need for a visiting forces agreement to be concurred in by the Senate.”

Gen. Eduardo Año, chief of the Armed Forces of the Philippines, also welcomed Duterte’s announcement, saying that military officials were open to the conduct of joint naval exercises not only with China but with other countries.

“We have so much to learn from each other, especially if we focus on HADR (humanitarian assistance and disaster response, anti-piracy, and counter terrorism scenarios,” he said.

“Sulu Sea is a good venue because it will provide excellent real life scenario to improve and hone our maritime security capabilities,” Año added.

But just like Lorenzana, the military chief said there should be a defense or military agreement like the Visiting Forces Agreement “to define the terms of reference or protocol and must be in adherence to existing agreements with other allied countries,” he said. /atm/rga

Read Next
Bayan urges Duterte to decline Trump’s invitation to visit US
EDITORS' PICK
DOH reminder: Covid-19 vaccine ‘not a magic pill’
Acer Philippines welcomes you to its first flagship store
New Year, New Rediscoveries
DND sees AFP gaffe in UP Red-tagging
Is your company a growth champion? Stand up and be recognized!
US health officials: More data needed on UK variant warning
MOST READ
Parlade targets universities after fiasco with beauties
Dustin Poirier knocks out Conor McGregor at UFC 257
Cavite gov’t weighs airport deal termination
AFP to apologize to UP alum falsely included in list of NPA members — Lorenzana
Don't miss out on the latest news and information.