The trust ratings of the United Nations increased compared to December last year, according to the latest Pulse Asia survey.

The poll, conducted from March 15 to 20 among 1,200 adults, showed that trust for the United Nations increased from 74 percent in December 2016 to 82 percent last month. 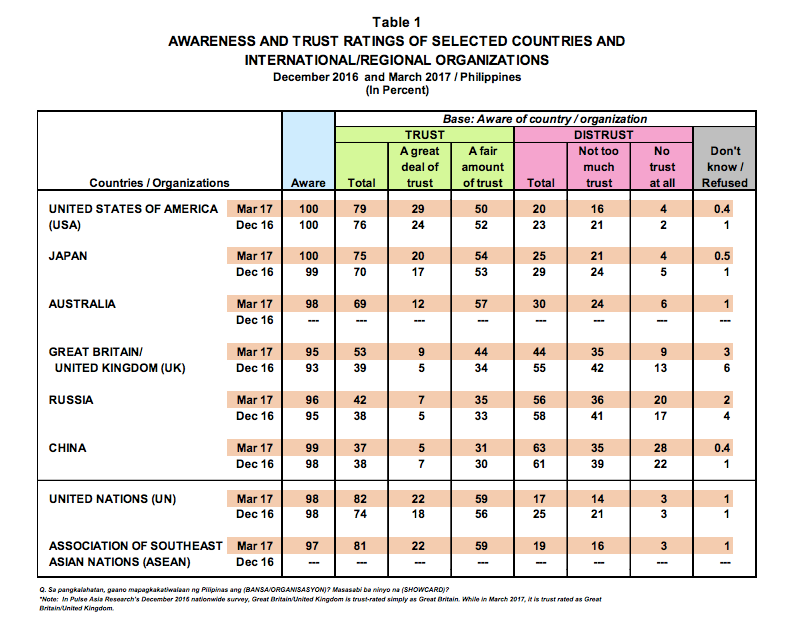 Respondents were asked in Filipino, “Generally speaking, how much do you think the Philippines can trust” a certain country or an organization.

Trust for the US was higher in Visayas compared to other geographic areas.

According to Pulse Asia, Filipinos were preoccupied with the following issues before and during the field survey: reports from Amnesty International, Human Rights Watch and the United States criticizing the Duterte administration’s war on drugs; the video message of Vice President Leni Robredo raising the issue of extrajudicial killings for a United Nations side event; and “the resurgence of tension in the West Philippine Sea resulting from the presence of Chinese military vessels in the vicinity of Benham Rise and China’s reported plans to build a radar station in Panatag Shoal.”/rga 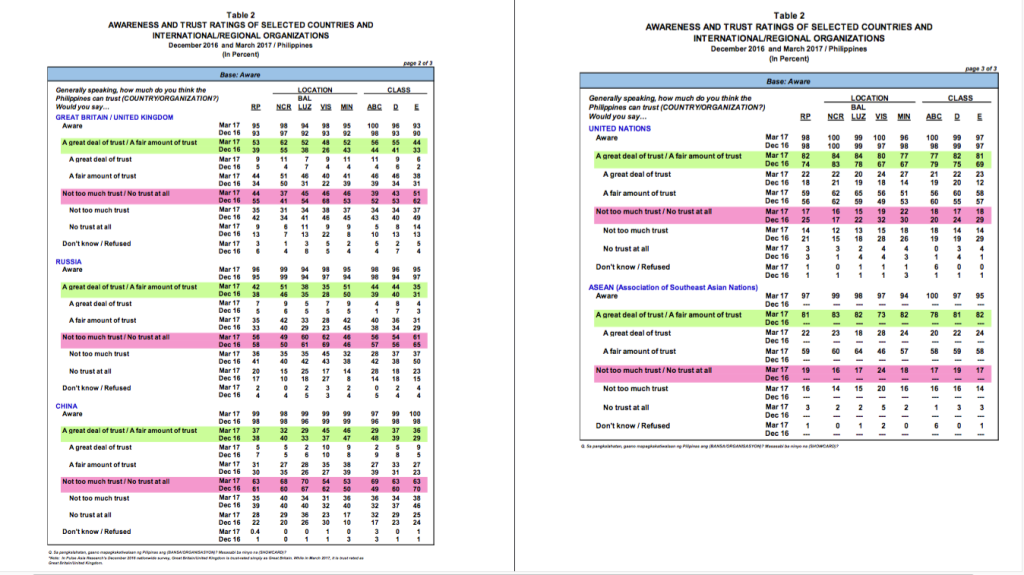